Posted by Jason Hare on January 18, 2016
KING NO ONE agreed to play probably one of the best venues i could ever have wished for... My very own abode! No lengthy travelling to a venue, no queuing to get in and no waiting at the bar (seen as i built my own, aptly named The Hare & The Hound seen as it's always my dog and I in there).

This was always going to be an exciting evening for me as i feel like i've watched King No One grow and mature into the ever more establishing band they are today. There is something about listening to their songs that gives me a sense of grandeur i know they can achieve. No bias honest. 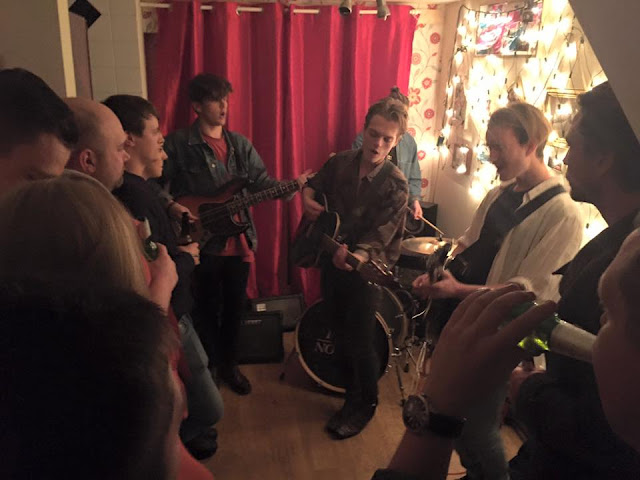 Playing a stripped down set they opened with 'Foreign Tongue' which instantly transformed my dining room into a proper gig venue! Nailing 'Millennium', new tune 'Say my name' and 'Constellations' twice (once as an encore from the 15 strong crowd) I think they really enjoyed it and got increasingly more comfortable with people right in their faces.

Crammed into The Hare & The Hound, the lads cracked a lovely nostalgic acoustic version of 'Vulpix' in the lack of space they had to work with. I even changed 'Beer of the month' to a York Brewery 'Guzzler' in honour of the lads origins. 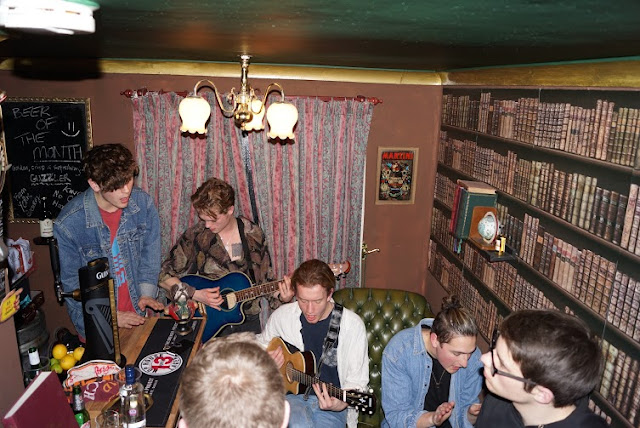 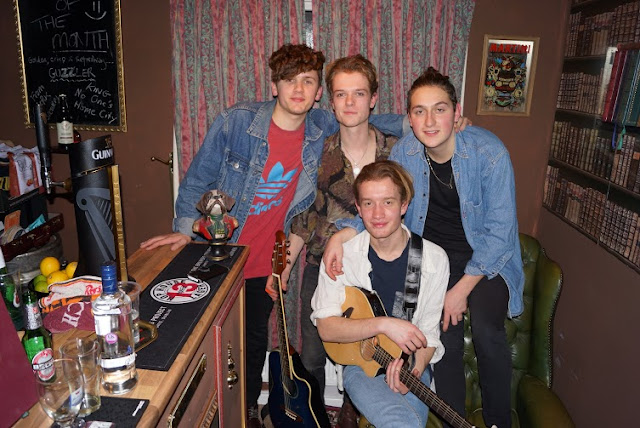 Some of my friends had heard of them before, no doubt from my endless sharing of their music, other friends were totally unaware of them but by the end of the night they had genuinely won some new fans. Even the neighbours admitted to really enjoying their sound through the dividing wall of the houses haha

If you're still late to this party then jump right in with the below links and make an appearance at FIBBERS in York sometime soon: