[INTERVIEW] with... The Crookes

Posted by Jason Hare on February 28, 2016
It's really no secret that The Crookes have long been legends in my book and having spoke to them many a time after the gigs etc I knew they'd be class for an interview. Last night they rounded up their recent UK section of their tour by returning home to play The Leadmill but we caught up with them before their gig at Hull's New Adelphi earlier in the month. 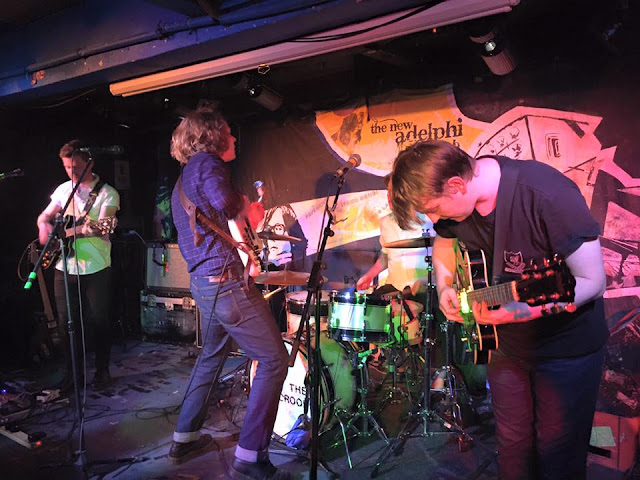 Jase Hare: For itsallindie.com this is The Crookes, well half of, the others are playing pool just over there haha And we're sat in the back of Hull's legendary venue, the New Adelphi club. Obviously Daniel you've played here before?

Daniel Hopewell: yeah didn't there used to be a big bomb outside on the roof, where's that gone?

JH: probably stolen or blown away with the wind haha

Adam Crofts: I've never played here before but really looking forward to it.

AC: yeah well there are some great tracks on the new album to play live so they'll be fun.

JH: in terms of the song writing on the new album Daniel obviously it's in stark contrast to 'Soapbox' having clearly happier tones, artwork etc matching that, was this a conscious decision or did it all fall into place?

DH: well i just write things down but then i seem to see colours of the lyrics and that shapes where it flows too as a verse or a chorus or such like.
What are your personal favourite tracks from the new album? 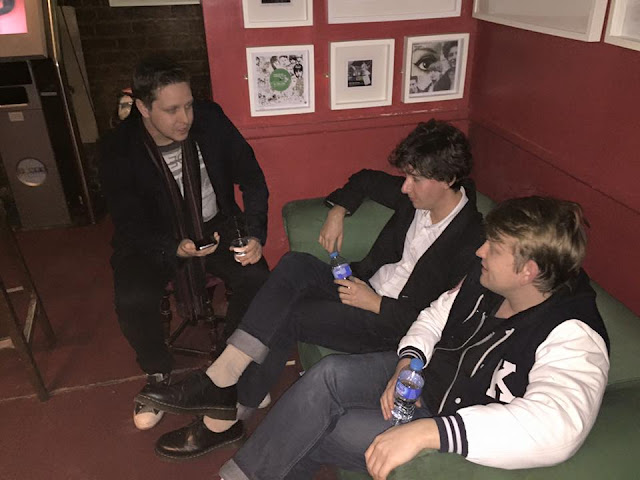 AC: i have two, 'six week holiday' and 'roman candle' which is the one we we're just talking about sounding like it has a Mario kart sample, but yeah those two.

DH: 'No one like you' is the best song I've ever written.

DH: i'm not saying it's any good but i think it's the best song I've ever written.

JH: i agree it's an amazing track.

DH: it just feels quite big.

JH: last couple of questions to round it off guys, appreciate you probably want to shoot off and play pool. Some friends of ours in a band called Bang Bang Romeo...

AC: yeah i know them, i know Joel.

JH: you know Joel, everyone knows Joel, bit of a lad, good guy.

DH: is he the one that was talking to you about Paul McCartney for ages?!

JH: yeah he's a good laugh, they were telling us a pre gig ritual of doing a shot together. Do you guys have anything you must do for a gig?

DH: do a prostitute together

DH: Only jesting of course! i'd just like to stress. I go one up on Bang Bang Romeo!

JH: i mean yeah i think you did that 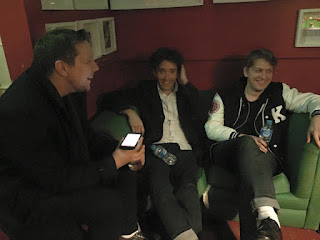 AC: we don't really do anything do we? I mean this tour has been relatively calm, we've not really been drinking much.

JH: i can tell from the bottles of water to be fair.

DH: well we've been touring for years so those sort of things just wear off. That kind of side of it is almost becomes like a job, i don't really mean it in an "anti-rock n roll" kind of way but you treat it in that way that you want to put a good performance on.

JH: is it yourself that's writing the tour diary online? Is that an avenue you use to get rid of ideas that maybe don't fit into a song?

DH: yeah i mean i write constantly, whether its stories or scripts and that's just one thing i do, i just had all these extracts and things then decided to post it online.

JH: it was really intriguing for me to read cos I've always said you guys are my second favourite band and that you lyrics are key to that...

AC: who's your first?

DH: there are millions of bands out there so to get to second i'm delighted, top 100 i'd be happy i think!

JH: well i'd rather be honest with you guys. last question... Dream venue to ever play?

AC: we were just talking about this the other day actually. Do you know red rocks?

JH: where Mumford filmed a video?

AC: yeah there! That would be brilliant but we also decided on somewhere like the Leadmill, is just you know, go play a great gig at the Leadmill back home.

JH: yeah i totally get that. Well thank you guys for your time, greatly appreciated, i'll let you crack on and play pool.

Joe Brumby: one question from me guys, i always ask it, does Jase's head in but what's your favourite quality street?

JH: are they're the guys you don't trust though!

DH: our old drummer Russell revealed one day actually that he didn't dunk biscuits in his tea, you can't trust those people either.

JH: is that why he left the band? Haha

JB: ha i ask everyone cos it divides opinion but yeah cheers for your time aswell guys, looking forward to the gig.

A huge thanks to the guys and their team in the background for arranging this, hopefully can do it all over again on the next tour. Be sure to get on the new album!