Posted by Benjamin Brown on February 29, 2016
Before attending All Tvvins' and Kodaline's gig in Munich on 25th February we spoke to Kodaline's Jason Boland: 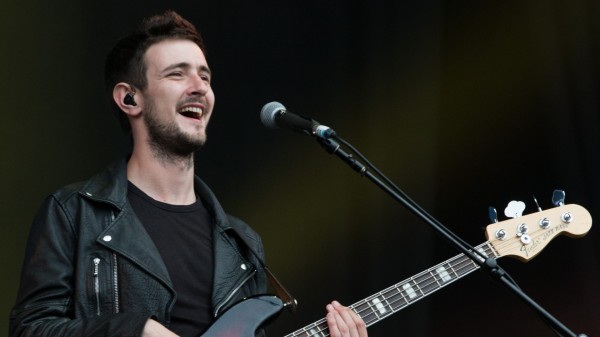 Welcome to Munich! You've now been back on tour for nearly three weeks. What have you been listening to whilst on the road?
There's been a constant stream of Jack Garratt for the last two weeks. There's always someone who sticks the record on and it won't go off until the end of the day. It's such a great record. We've also been listening to a lot of Irish bands like All Tvvins, our support band and great friends.

So what is your opinion on streaming? Blessing or curse?
I think it's like every other social media platform – it's just another place where people can find our music. As a band it's just brilliant. We only see it as a good thing. Maybe we sell fewer records, but we get more people coming to the shows.

Has social media been a driving force in your career?
We've never really had a hit in the traditional sense. But fans being able to connect with us and share our music is far more powerful than any hit could be. Without social media we wouldn't have the fan base we have now. We've had a very organic growth.

Time for a fan question: what keeps you motivated to make new music?
Even before we started as a band I was thinking about giving up music. I think everyone gets to that stage. We just keep our heads down and carry on doing what we love: making music! If you're trying to do it for success you won't be able to keep it going. You've gotta love it.

Does visiting so many different cities and yet not being able to see them frustrate you?
We've really been making a conscious effort on this tour to get out and actually experience the places we're visiting. We've got electric scooters with us and try to get away from the venue for at least 30 minutes.
Neale, our backline technician, did a little jump and ended up cracking his scooter which was pretty hilarious. He's our on-tour comedian. Anyone who follows him on Instagram (@neale001) can see how funny he is.

So which places are still on your bucket-list? Any dream locations?
Well we're just about to visit Russia – we never really dreamed of going there, it wasn't on the list, but the second the idea came up we thought: “Yeah we want to do that!”
We'd also like to play more shows in Asia. We've only played in Hong Kong – the cities are so different over there, we'd love to experience more places.

There's a massive indie-scene in Latin America. Anything planned there?
Brazil is actually home to one of our largest fan-bases. It's been on our list for the past two years – we're currently in talks with Lollapalooza to play a show there. Unfortunately we had to cancel our performance there last year, but we're gonna make that happen. There's a plan in place.

You've spent the majority of the last three years on the road. Which of your heroes have you bumped into on tour?
On our first summer of touring Queens Of The Stone Age seemed to be playing at most of the festivals we were at. We just followed them around quietly and waited for the chance to say “Hi”.
And we really love Tame Impala. They've got a great sound and are lovely people.

Time for another fan question. When you're not listening to Jack Garratt or breaking electric scooters: what do you get up to on tour?
We watch a lot of TV and have many communal events such as “Movie Night”. There's a great spirit on the bus. And obviously we record demos while we're on the road. Our music consists of autobiographical content, so we just write all the time. There are many new songs ready.
We won't tell you when the next album will be out though. It's coming up, though!

What are your other plans for the future?
We're finishing the tour, will head over to Dublin for St. Patrick's Day and then tour in Russia. And we'll be heading out to Latin America as soon as we can.


What followed later that night was a fun, enjoyable set with Kodaline exciting the sold-out Theaterfabrik. The fans in attendance knew every word and didn't need to be asked twice whether they wanted to sing and dance along. The band's uplifting songs and their good-mood stage presence made sure that everyone, especially a girl who had the band sing “Happy Birthday” for her, had an enjoyable evening.
Interview Kodaline Live munich