Posted by Fred Bambridge on March 08, 2016
Laurie Vincent, guitarist and one half of primal rock duo Slaves, is proudly launching the first solo show of his artwork at a special pop-up in New Cross’ Amersham Arms on the 19th March.

Drawing and painting from a very young age, Laurie has gone on to develop a distinctive style. Inspired by the post-modernism of Warhol, the street art of Basquiat, the expressive, political work of Keith Haring and the anarchic, DIY ethos of Raymond Pettibon, Laurie’s art has been adorning Slaves flyers and releases since the band formed. 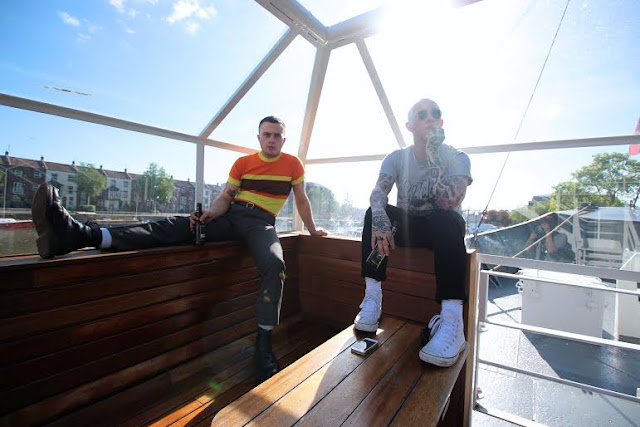 Laurie says - "I'd like my paintings to excite and inspire other people. I want my paintings hung on gallery walls and in people’s collections. I just want to take my painting as far as it will go and to keep enjoying it."

This first solo exhibition comes after his gallery début alongside members of Genghar, Alt-J and Bombay Bicycle Club, who each displayed their own art at Hackney Downs Studios last year.