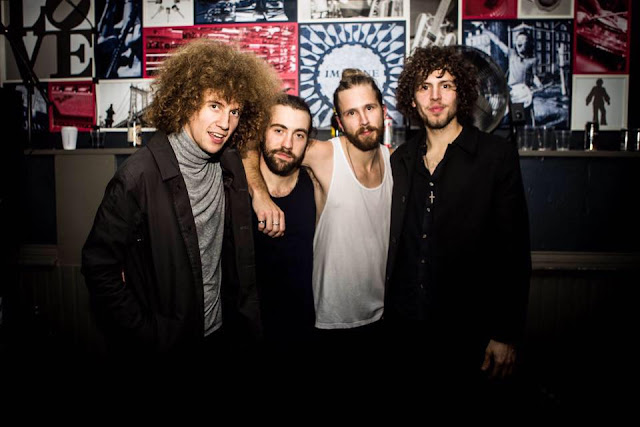 2015 saw Glass Caves sell out most of their début album tour, support Augustines, headline London’s Koko and appear at Dot to Dot and Isle of Wight Festivals amongst others. Not to mention a national tour for ‘This Feeling’. Not bad for a band who spent the start of the year busking in some of the very same cities. In what proved to be a testament to their early leg-work, their self-funded début album ‘Alive’ made Record Store Day’s Top 40 on week of release.

Now named after, but not featuring on, the album Glass Caves are set to release their new single. Written whilst on tour in Edinburgh, ‘Alive’ is a euphoric and anthemic ode to living in the moment; the imposing and somewhat majestic nature of the city and its neighbouring landscape evident in the grandeur of the song itself. Singer Matt Hallas explains the themes of the song as such: “The realisation of knowing you are living a part of your life you will remember forever. A shout of being alive.”

Having already earned a reputation as one of the UK’s most dedicated touring bands (their relentlessness matched only by the dedication of their fans that follow them from venue to venue), Glass Caves have stepped up an already ambitious sound into grander proportions, with new single ‘Alive’ being the standard bearer of the material for their much-anticipated second album.


'Alive' is out NOW via Scruff of the Neck Records