Posted by connorpwillis on April 28, 2016
Local bands are something we don’t take seriously enough. Our ability to support local artists and venues is extremely minimal compared to the majors in the industry, but it’s a chance for you to become well aware of music that is one day going to be considered big. From the grunge-tinted melodies to the harmonies that could make you almost hysteric, Timeless Lizards are a four-piece waiting to be noticed by more than just your average punter.

Not too long ago a demo named ‘I Should Know’ became available on Soundcloud by the Bedfordshire-based band. With little information available and the band almost unknown, the song offered an exciting look in to what the local scene was about to get. Bluesy-rock hangs in the background whilst darkened vocals, supported by suggestive guitar playing came to the forefront, creating the prospect of a bright career for a, somewhat, mysterious quartet. 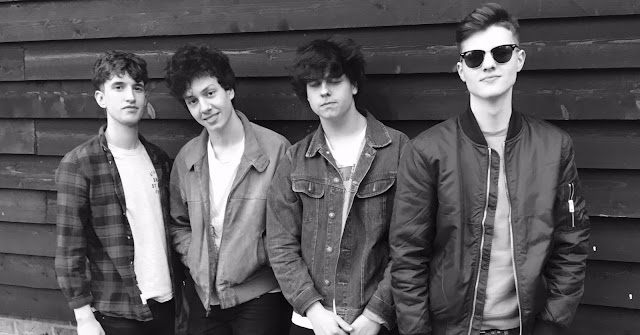 Inspired by Peace, Foals, The Beatles, The Police and others, you would be forgiven for thinking that the band may just be any other indie project consisting of four kids who “just want to make music, man”. Their only released demo feels teasing, it suggests an ability to create music that is strikingly different to that of many other unsigned bands, but also adds a certain degree of depth to an abyss that Ollie Taylor’s vocals create. Unreleased material follows suit but gives the sense that the song is ready to be played in a venue like Brixton Academy, it’s a large anthem embellished by prominent lyrics covering a tiring theme that already highlights their progression in maturity and knowledge of creating something that really works.

Winning battle of the band heats around the counties and becoming a hotly-booked band for local gigs is something any musician could dream of, but it’s the four-piece that take it in their stride. A swift walk on to the stage before releasing an almighty river of anthemic choruses for the crowd to be sucked in to, seduced by the timidness they portray between songs. It becomes part of the charm, part of the reason you begin to enjoy their music more and more and the final time you ask “who the fuck are these?” Chances are you’re going to remember them from that moment.

Timeless Lizards may just be another band for now, but with their following growing with each live show and with every track share, the quartet are producing a feeling inside people that has been lacking for some time. The belief that this can go bigger is there, it’s just a matter of time.