Posted by Fred Bambridge on April 13, 2016
Venus Demilo is a new name to me but I predict it’ll be on plenty of people’s horizons imminently. They’ve come up through BBC Introducing Merseyside and if you like Foals, Everything Everything, Alt-J and Bastille then this new single Sinking Ships is for you. Throw in a touch of the Nick Mulveys and you know you’re in for a treat.

The video is cool and slick and the sound is totally sublime. One of those songs that grabs you the first time you hear it and then continues to grow on you. Tom Anderson’s vocals are full of passion and angst in equal measures (this is a good thing!). It’s an emotional, story-telling song and Anderson’s skills as a lyricist are clear. I was drawn in to listen and re-listen to the lyrics. 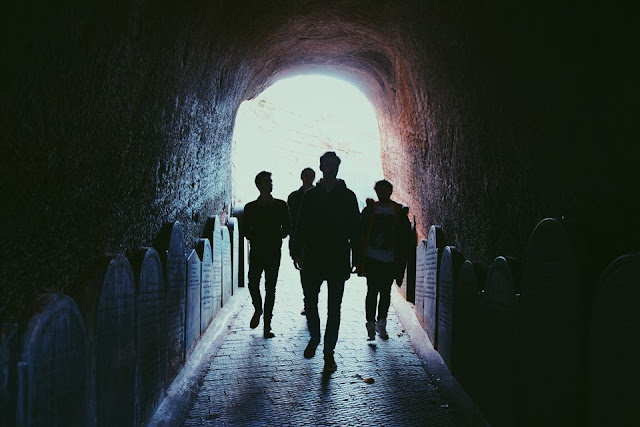 Sure I was reminded of Alt-J and more so Bastille with a hint of Years and Years but make no mistake Venus Demilo has its own sound. Reuben Hobson’s mightily impressive musicianship as lead guitarist makes this song multi-facetted. It’s not just the lyrics or the vocals or the music. Combined with Christopher Connor’s bass and Ryan Williams on the drums this band has serious talent and this song encapsulates everything that is needed for a hit record.

"Sinking Ships" is a song that will be sung back to the band when they play live. I’d like to be there to see that.