The Avalanches are officially back and announce festival shows

Posted by Richard Maver on April 13, 2016
Late last night, Australian electronic group The Avalanches updated their social media accounts providing hope of a long-awaited follow-up to critically acclaimed plunderphonics album 'Since I Left You'. Although not giving away any information regarding the new album (which they've reportedly been working on since 2005), they have announced some comeback shows for 2016. With their last live show being in 2007, and last DJ set in 2011, their return is one not be missed - with the group bringing us their take on an "ambient world music party".

The Avalanches will play Primavera Sound in Barcelona as part of the festival and at the closing party, as well as Splendour in the Grass in Australia. More importantly for all UK based fans, the band have been added to the Sunday line-up for Field Day.

Added to the likes of PJ Harvey, Air, Beach House, and many more on the Sunday, it is a day that you can't miss out on. However, be sure to look into the full weekend, as the Saturday is not short of superb - with a headline slot from James Blake, and others including Four Tet, Roots Manuva and Rejje Snow. 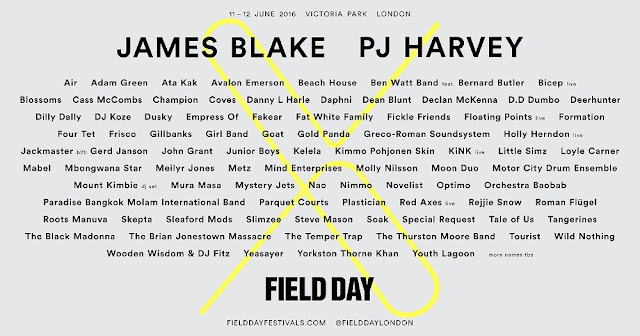 Being as unpredictable as they are, I would not pass up this opportunity. Who knows, it might be the last for a while.