Posted by Unknown on May 13, 2016
Indie rock band VANT have had a whirlwind of a year so far. Having recently completed their first UK headline tour and releasing their incredible single 'Fly-by-alien', 2016 is most definitely set to be their year. Whilst taking a well-deserved mini-break, we chat to frontman Mattie Vant about touring, future plans and 2016 festival appearances including the intimate Barn on The Farm Festival.

Check out the interview below: 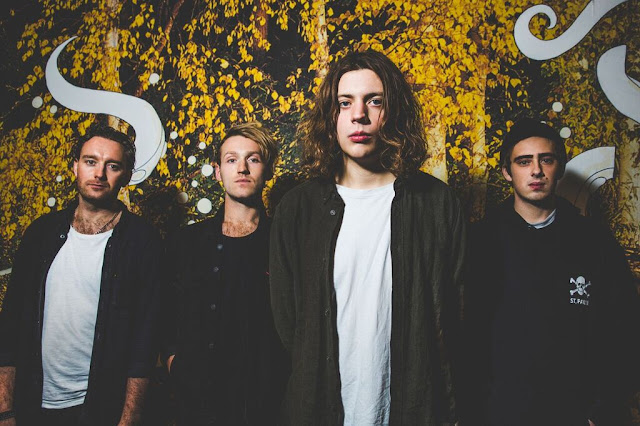 Hi guys! How are you doing?


Pretty good. Just having a mini-break / pre-festival refuel in the south of Italy.


So you’ve just finished your first headline UK tour last month, how was that?


Bellissimo. Every night was very sweaty and euphoric. A celebration of like mindedness.


Which tour dates particularly stood out?


Manchester and London were bonkers.


It was worryingly smooth this time, too smooth. We're due some disasters in the coming months I imagine! Touch wood.


How do you feel your craft has developed as a live artist?


I think we're consistently smashing it now. It took a while to work out some niggles and adapting the songs to a live environment. It was really important to us to stay raw and honest. Too many bands rely on backing tracks and samples these days. We want to stay clear of that. It doesn't have to sound exactly like the record, you may as well just listen to it at home otherwise. There is nothing more exciting than watching a band in sequence with each other creating a sound from scratch. It loses all of it's soul for me if I know part of what I'm hearing is just someone pressing play on a computer, it's a cop out, it's fake and it's conning your audience.


What can we expect at future shows?


Backing tracks. Ha! Honestly, I don't know! We don't want to over think things in case it becomes too calculated. Expect the unexpected!


So your most recent single ‘Fly-by-alien’ is absolutely incredible. What’s the main inspiration behind the thought-provoking lyrics?


It's a tongue-in-cheek, paradoxical analysis of the first species in history to knowingly cause and pursue it's own extinction. A world that refuses to save it's self due to personal greed and selfish endeavours, despite having the resources to do so!


Are politics and world problems something that you feel need to be addressed with your music?


It's complete necessity. We are trying to create a platform for change. Music is what comes naturally us and therefore seems like a logical place to start.


Who are the political activists that you look up to?


What can fans expect from your upcoming album?


A diverse but concise assessment of where we are as a planet right now that captures the present and looks to the future.


How does the process of recording an album differ from your previous singles?


We've done things in a very unusual way, recording tracks as they come in to fruition rather than making the whole thing in a couple of weeks. It's been a wonderful process and due to the great relationship we have with our producer, Sam Miller, we've had the opportunity and flexibility to keep working on tracks and changing things here and there until we are all completely happy with the results. It's been a very privileged, unique experience.


You’re playing numerous festivals this summer including the intimate Barn On The Farm Festival. What’s your favourite aspect of festival season?


The challenge of playing to new audiences and hopefully winning them over, it's a very satisfying feeling when something clicks during a set and everyone becomes fully invested in what you are doing.


Any acts you’re hoping to catch at festivals that you’re playing at?


I really want to see Low at Best Kept Secret festival in the Netherlands. They are one of my favourite bands and I've never had an opportunity to see them live.