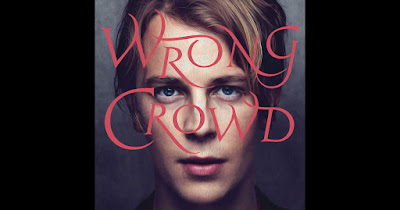 With Tom's return to music came an apparent new image, new lyrical content and new clout. Wrong Crowd sees the previously mellow crooner packing a new-found musical punch as he delves ito a world of parting, whiskey, smoke and women. That being said, his previous romanticism can't help work it's way through - seeing him goig back to a more recognisable sound on tracks such as 'Costellations' and 'Somehow'. Really upping the tempo on the album cuts 'Silhouette' and 'Here I Am' - Tom Odell proves himself as on of the UK's strongest pop talents. His music has surpassed expectations of first album disease, moving into a solid body of work with his sophomore offering.

With Odell's UK tour this winter, the album will most likely find it's true calling. A project which reeks of live acclaim, Wrong Crowd will come alive with Tom and his band, in front of an audience. Released this Friday June 10th, we encourage you to make this a fixture in your library. Purchase via here.

Here is the video for the title track 'Wrong Crowd'.