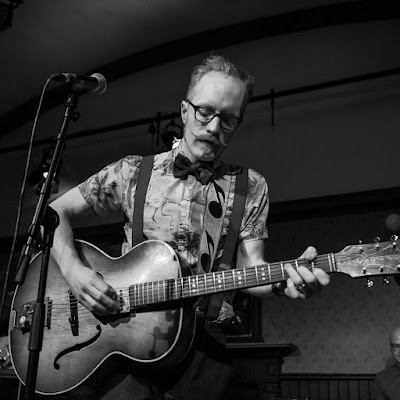 The Strange Blue Dreams bonded together over their love for pop music from the 20's and 30's. So as a result their sound is somewhat influenced by this, think Rock'n'Roll, mixed with Country with a fine dollop of Country pop and you're almost there.

The band released their debut only last year and have seen sell out shows at Edinburgh Festival and a packed out tent at Glastonbury. Interestingly all the attention got them a BBC TV documentary about the history of the ukelele.