Posted by Fred Bambridge on July 04, 2016
Essex-based band, ‘SURGE’ has previously been described as ‘a Libertines-tinged indie quartet whose live staples endorse the cut-throat edge of The Vaccines’. And in their case, even if the band have only been together for a year, this statement is certainly true. Their energetic, sugary-sweet, indie-rock tracks are refreshing and palpably exciting – a trait that has previously been reinforced during their positively-received, live gigs around Essex – and tonight, in London.
SURGE’s rising popularity is epitomised this evening as the band perform their first proper London show at a rammed Camden Barfly. It’s a deserved step up for the band that last year performed as the penultimate act on the main stage at Colchester Free Festival after having only played their first gig a couple of months prior. Now, SURGE may not be the last act of the night this evening, but by the climax of the four-piece’s emphatic set, I can’t help but wonder why they didn’t top this evening’s bill. 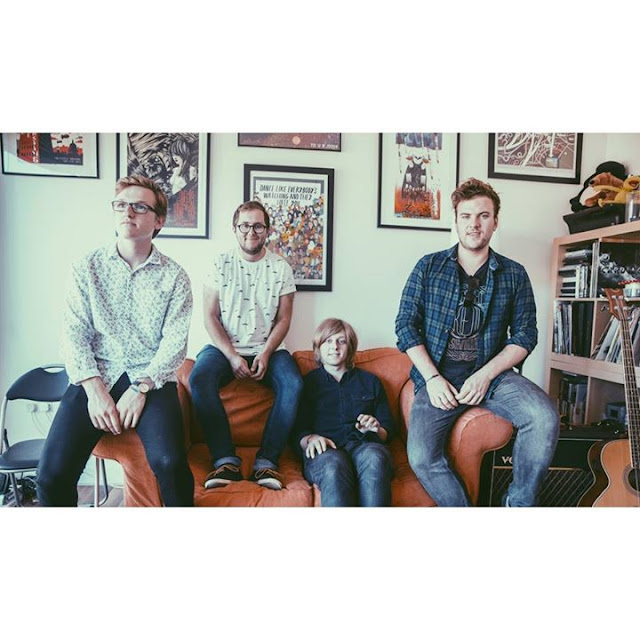 Their cause is of course aided a great deal by the fact that they somehow managed to pull in what seemed like the biggest crowd out of all the four acts tonight and the horde of gig-goers, despite how late SURGE’s set-time was, were in tremendously good spirits throughout SURGE’s set.

And it’s easy to see why. With list in the way of warning, SURGE blast through a charming, fast-paced and unapologetically catchy, indie-rock thirty-minute set that see’s stage invaders helping out on backing vocals and the entire crowd singing along to nearly every word of every song.
Frontman, George King and guitarist and Alan Jones have no trouble in getting the crowd moving either. During the band’s better known tracks, Alan commands the crowd to clap along to the infectious beat of ‘Loveblood’ (the group’s second single which was released on vinyl) by saying: “every single fucking one of you, I want to see you clap your hands”, before George charmingly addresses the crowd during debut single, ‘Tears Of Joy’ as well as throughout the set.

As testament to the band’s triumphant set, which featured regular live staples and a brand new, never before heard, song that has since been named, ‘BARFLY’, the crowd show their appreciation by roaring: “We want more” over and over as the bassist David Smyth launches his bass into the air and drummer Billy Fenton hit’s the last beat of the evening.