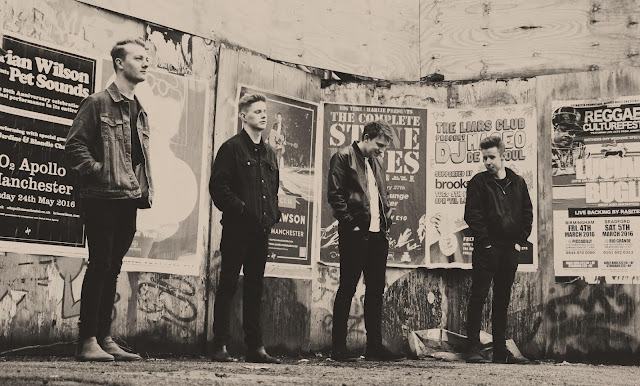 Surrealism is very easy to get wrong in music videos, with the surreal often lapsing into the ridiculous if the tone isn’t set just right. Yet the sense of longing and existentialism that Mad Winter have captured in this song, allows for the video to really work its magic.

Twinned with the images of childhood innocence that both the song and the video represent, makes for a very interesting artistic spectacle to behold. Though in its essence the video is quite simple, just four people dressed as animals in different locations, the metaphors and symbolism surrounding it is far more complex.

For those who aren't aware, Mad Winter are an indie rock band based in Manchester. Comprising of four down to earth young men united by their love of music and hometown idols Oasis, Stereophonics and Foals, all of which have big influences in their own music.

'Get Away' is the first single to be released from the debut EP and I truly look forward to more from these Manchester lads.

The official release date from their debut EP 'Emergence' is 19th August 2016 via Keep Me Young records.