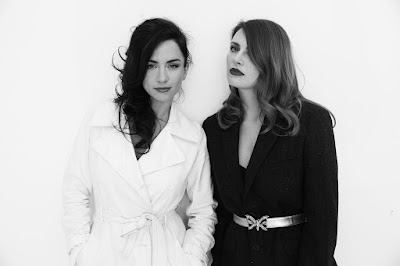 Nouvelle Vague are set to release their four-song EP Athol-Brose on September 2 via Kwaidan Records/!K7, their first new recordings since 2010.

Nouvelle Vague is the brainchild of French producers Marc Collin and Olivier Libaux, who started the unique project in 2004, appropriating classic 80’s songs from the punk, post-punk and new wave cannon and reinterpreting them as Brazilian Bossa Nova. The band employed a legion of female singers, many unknown until their performances with the band. Over the course of four records, the band sold more than one million albums worldwide including their self-titled 2004 album and 2006’s Bande A Part —which were released in the U.S.

After a several year hiatus, Collin and Libaux embark on a new chapter in the Nouvelle Vague saga. Their new work not only contains the punk and post-punk reinventions that the band is known for but includes new remixes of Nouvelle Vague classic songs recorded with traditional live musicians and also marks the first original compositions by Libaux and Collin.

The four track EP is out on via Kwaidan Records - https://kwaidan.lnk.to/AtholBrose (pre-order here)