Posted by Jason Hare on September 22, 2016
Grimsby has not had a "scene" quite like this for a while.

There comes a point when people in the area know how hard working the local musicians are but they still struggle to either be joined by great support acts or get people out of their houses in order to witness them live. MINT have found the breaking point of negating both of these factors. Saturday's EP launch saw them pack out a local pub to the point of people not even fitting inside the door, coupled with great support acts that are gaining national recognition. Things feel very lively at the moment for the lads and hopefully the area in general. 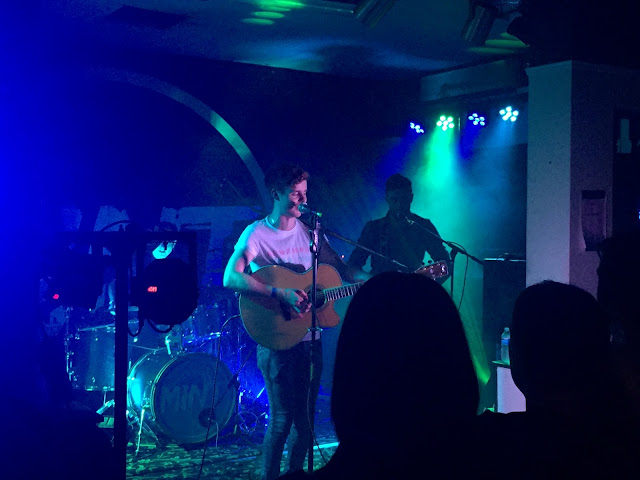 Ginger Tom are good friends with MINT and chucked on their merch t-shirts to wear during their set. Playing a couple of very recognisable covers blended in with their own very nice tunes, Ginger Tom had a captive audience lined up at the front of the venue, whilst I chilled out next to the bar.

The guys are certainly doing the rounds playing plenty of gigs and even done some BBC Introducing stuff so hats off to them that they will be breaking through in the near future for sure. I'm personally a fan of the below tune so feel free to check them out.


Next up was The Jackobins:

When The Jackobins perform on relatively small stages they naturally don't leave a lot of room for movement what with there being 6 of them, and yet somehow they still manage to feel like they're bouncing around like an excited boxer!

"Waiting on the sun", "Hasty" and "One More Chance" have been personal favourites of mine for a while and having recently wowed a Leeds festival crowd I was over the moon that Grimsby had managed to bag one of the hardest working bands in the country right now. 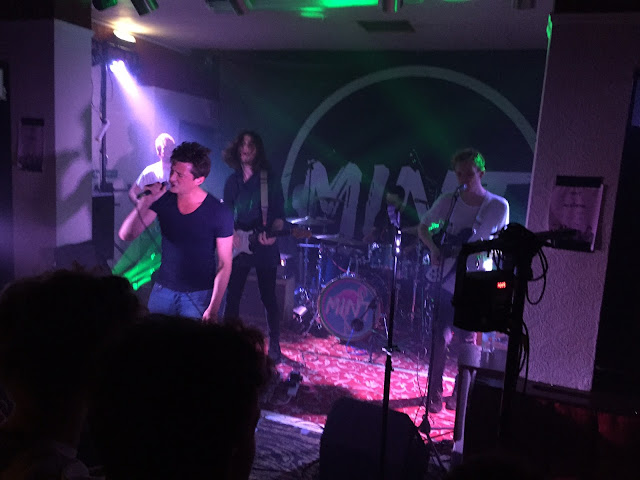 The guys professionally executed a well-crafted set, knowing when to try and get crowd involvement balanced with really going for it and showcasing their ability.

Check them out if you have neglected to so far:

Oh and three dead quick things: 1) Thanks for the personal shout-out during the gig Veso! 2) Huge thanks for being guests of The Hare and Hound post-gig then being legends, playing a couple of tunes in there...(Marc may have found a new trade as a barman though), hope my house was comfy, and 3) Dom managed to be the first to ever climb the tree outside my house, in like forever! I appreciate without seeing the tree you can't grasp that achievement haha. This mention of it can be your certificate!

So last but obviously not least MINT:

So as previously mentioned, it feels as though there is something bubbling in this part of the world at the moment. The town is being force-fed a treat of cool bands coming through and most of all pushing themselves forward. Subsequently, I would argue Grimsby could be on the rise as being a decent place to gig... finally!

Don't get me wrong I know there has been a solid base of gigging and music scene in the town for generations, what I'm talking about is the next level of attracting seriously talented and big name acts. 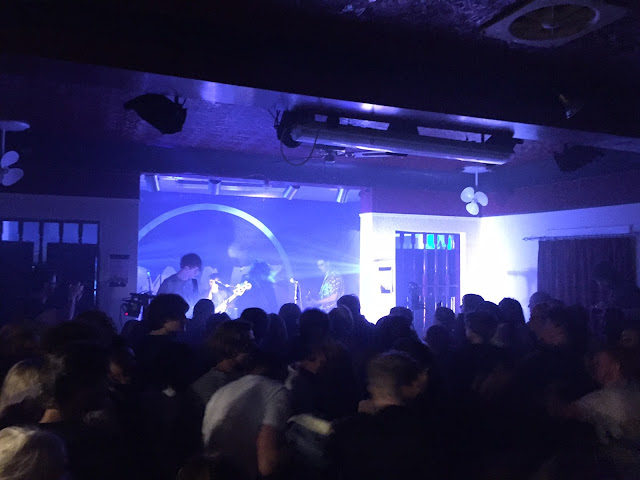 MINT gigs are now somewhat locally renowned for going a bit nuts, some would argue they may now need to move to slightly bigger venues in order to cope. Even though I had a ticket I was stuck near the back struggling to get in the door from the amount of people who clearly had been outside smoking for most of the night and piled inside to witness the lads do their thing.

Some technical problems early on didn't stop Zak trying to start a proper party with an inflatable crocodile being ridden for a crowd surf etc as the guys ploughed through tunes off their new EP.

I know I'm no photographer so sorry for the poor quality but the above picture was taken in the build up to 'Living & Dying For' which I genuinely think is a great example of their work. The crowd for this gig, in particular, were loving the show that the guys put on.

Now this blog post has droned on about how Grimsby could be great but isn't... Sound-tracking this exact sentiment is 'Wonderland'. With the same idea of talking about this issue, I think the guys could well be at the forefront of dragging us out of the mud! Other local bands are also worth mentioning like The Brew, Casanova and The Brookes are playing good stuff and together I think big things could be on the horizon in the area.

Thanks for reading, if you did... if you didn't and just listen to the tunes and looked at pretty pictures then that's cool also.