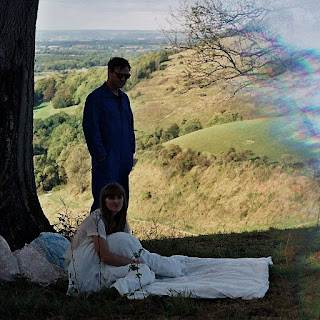 Prince Vaseline sound as elaborate as their name suggests. Their eclectic approach to fuzz rock offers a synthetic polish with velvety-like tones, that’s hard to pick out in many artists. We are excited to premiere new single 'Animal Man' from their EP which defines people’s predator like nature and in this video you witness a character losing his ability for lust. The soundtrack captures this darkened feature of people and the music highlights the band's dismissive and laid-back approach in the video. Described on their socials ‘Pastoral Fuzz’, their music gives artist such as Drenge a run for their money.

Their forthcoming EP ‘On An Island’ comes out on 18th November on Love Thy Neighbour via Republic of Music on very limited edition 8” vinyl and limited edition hand-made CD.

Max of the band says of the EP: "We recorded with Matthew Twaites of Electric Soft Parade in his studio in North London over 3 days. The song came from demos we had made immediately following our previous release, ‘A Naturally Coloured Pleasure’ and explores a darker, more fuzz-laden sound. We've started to explore using a drum machine as well, which added an extra layer to the song.

“We didn't want to spend too much time over-producing the songs, and we generally had a 3-take rule, telling ourselves that once we attempted something 3 times, we had to accept that either it worked and we'd leave it at that or we'd scrap the idea. Putting these kind of limitations can help put the brakes on being too over-precious, and I feel that it can be very easy to lose the initial charm of the home demos by trying to etch out all the things that give these songs their magic."


Preorder the EP 'On An Island' here