Posted by Fred Bambridge on December 22, 2016
Black Honey - the indie rock four-piece who hail from Brighton and have been on our radar for a couple of years now. However, we are certain that 2017 will be their year without a doubt. Having released numerous EPs (Headspin, Bloodlust) which have all received raving reviews, we can only anticipate that Black Honey have a lot more up their sleeves for the year ahead.

Incorporating a retro aesthetic combined with their shoegaze sound, Black Honey are a band like no other. They have hard-grafted everything themselves from the word go. They have produced their own tracks, designed their unique amazing merchandise (their patches are to die for), and even directed their own music video. 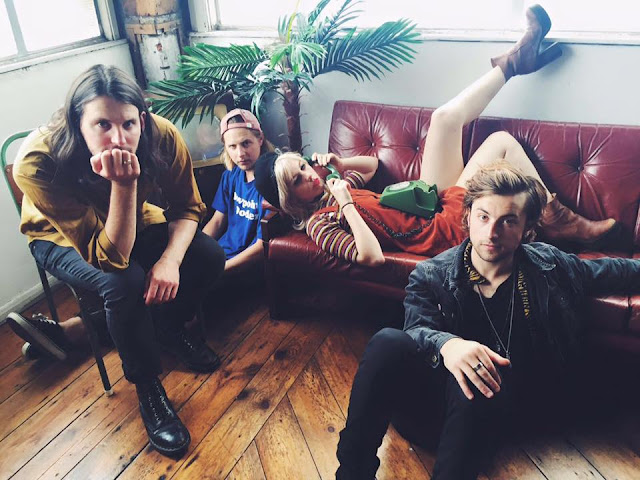 Their most recent single release ‘Hello Today’ received a lot of attention from Huw Stephens and BBC Introducing on Radio 1. In conjunction with this, Black Honey’s first ever music video was for the single and it was not to disappoint! Starring front-woman Izzy Bee, the clip consists of LA sunshine, creative motel story lines and a visual setting that only a band like Black Honey can make their own. If you haven’t watched it yet, do, it’s great!

Although Black Honey aren’t signed yet, we are sure that they are very close to obtaining a deal. However, their hard work and DIY ethos has certainly paid off and they have earned themselves an ever-expanding fan base on the live music scene. Their last tour was completely sold out and we can only expect bigger tours and festival sets from this incredible band. Make sure to keep an eye on Black Honey during 2017 as we are sure that it will definitely be their year!