Posted by Fred Bambridge on December 13, 2016
After seeing NYTCLUB perform at Bestival I knew that their energy would be an asset, and clearly it seems to be so. The Liverpool based quartet have been going since 2015 and in that short space of time have managed to release three very anthemic tracks, "Jewels" is a synth track with some Indie-pop sensibilities inherited from fellow Scouse bands such as The Wombats and Circa Waves (there must be something in the water there), I'd go as far as calling this one 'Nu-Retro' as it does hold some 80's and 90's elements but in the same respect it's as fresh as anything!

"Dressed Up" is more of a homage to the 80's as you can hear from the off, and when this band pull this one out when performing it live the crowd just have to have a groove along to it, this number is such a free-flowing one it's a wonder to behold. 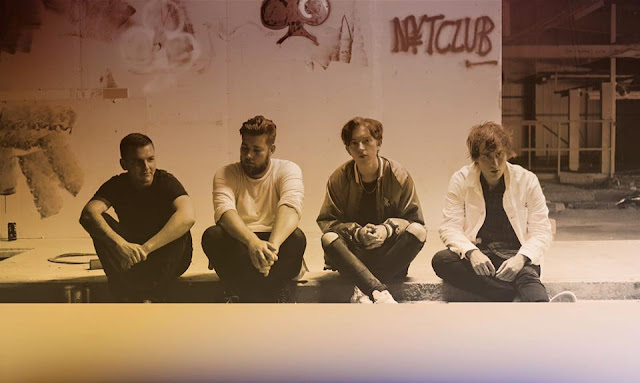 So from the off they have two pretty good tracks, but as every band tries to do, you end on a high and this year the band revealed their latest track "Call Your Friends" which is a huge track which sounds like it's been written for the big venues, you can easily see them performing this on stage with a wash of smoke machines blowing over the stage and lasers gracing the air.

Even though NYTCLUB haven't got much of a catalogue for their fans to listen to, be sure that there will be a lot more to come from them in 2017, we can see them going from strength to strength off the back of a string of festival slots and the uplifting "Call Your Friends" - NYTCLUB, be sure to check them out both live and recorded!