Posted by Fred Bambridge on January 18, 2017
What a week we're having, seriously, 2017 is going well for both new bands and established acts. The latest revelation is that Serge Pizzorno has been speaking to the people at Q Magazine about the band new album and has given some great insights.

Serge says - " ... In May, the record was done but I’d never had any time off so I thought, ‘You know what? I’m going to have the summer off for the first time in my life’. It was incredible. I got married, went on holiday for ages and just lived a bit. When I came back in September I decided to graffiti over everything. I’d done everything on an acoustic for the first time and had these beautiful, crafting tunes but started graffiting over the lot, just taking it to another level. I wrote another tune, which is incredible, and then two weeks later I wrote one of the best tunes I’ve ever written.” 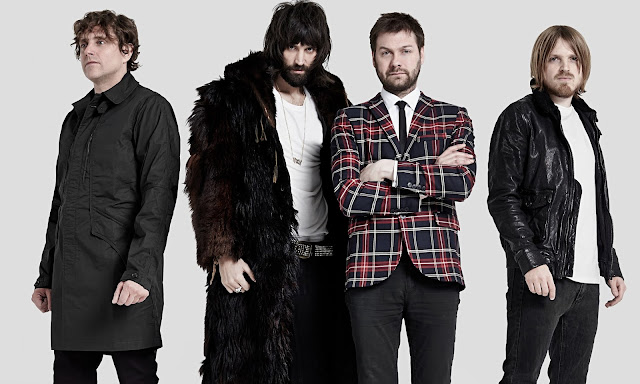 [The track in question is called] "Bless This Acid House". It’s a beauty. It’s a mad time, with what’s been happening – it felt like the world was caving in around me. But I felt that everyone had said enough, like everyone had had their say, so this tune is just pure positive energy. ... "

If you can't wait to listen to some new from the Leicester boys then check out their new 'cut' below called "PRESSIE", which may give an insight into what their new album might be sounding like.