Posted by Fred Bambridge on January 01, 2017
Killing Moon are thrilled to announce that they are back to curate the seventh compilation in the ‘New Moons’ series, aptly entitled New Moons: Volume VII.

Starting off as a nearly-award-winning blog in 2012 (which itself has been cited as launching the careers of Foxes, Alt J, Royal Blood and many more), Killing Moon has since expanded into a successful record label, artist management company, and live promoter. 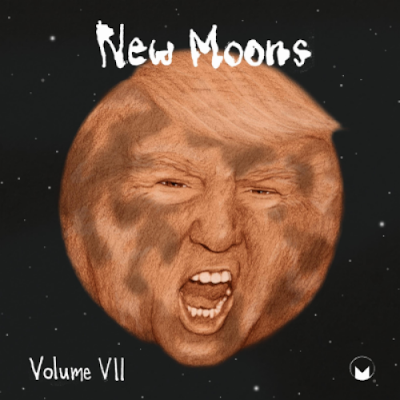 Killing Moon has in its lifespan received press plaudits ranging from Music Week and Billboard to London In Stereo and When The Gramophone Rings, as well as praise from radio remits such as Radio 1, Radio X, 6Music and Amazing Radio for its ability to be the first to detect new musical brilliance across a range of genres and develop those artists.

The ideals and tenacity of Killing Moon, as well as the tendency to punch above its own weight, find themselves embodied in the highly successful New Moons compilation series.


You can download the compilation or stream it on apple music here.
Or you can stream it via Spotify by using the link here.

The latest compilation in the series hosts a huge range of talent, from the undiscovered gems to big indie names, including Prides, Desert Planes, Annabel Allum, Slow Riot, Calva Louise and more.