Posted by Alexa Wilde on January 11, 2017
Manchester duo The Hyena Kill have announced they’ll be kicking off 2017 with the release of their new single ‘Tongue Tied’ on 27th January alongside news of a short run of headline dates in April.

Commenting on the track, the band said: “Tongue Tied is by far the most aggressive song on the album and the most fun to play live. It’s a bit of a fuck you to all the jumped up posers & fakers who like to look down their nose at people.” 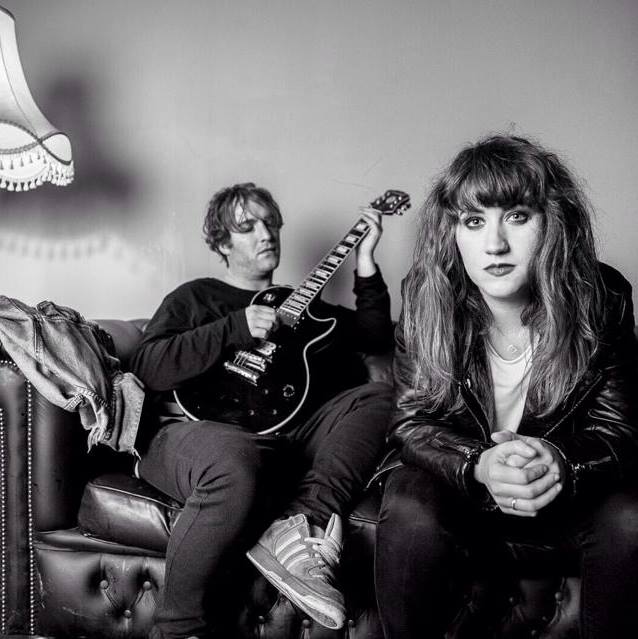 The latest material to be taken from their debut album Atomised which was released earlier last year, it’s another prime fillet steak of feral, ferocious, full-tilt rock ‘n’ roll noise – a sound the pair have meticulously crafted by striking out on their own very definite path after finding themselves falling between the cracks of Manchester’s burgeoning metal and indie scenes.

Built on the darkness and pain stemming from the latent frustrations, insecurities and anger that are rooted in day-to-day life, their uncompromising and honest approach to song-writing shines through a little brighter on every track they release, as vocalist/guitarist Steven Dobb explains: “There’s nothing more therapeutic than screaming your head off. When you’ve had a shit day, it’s incredibly cathartic to step into a rehearsal room and just make the loudest noise imaginable.”

Their 2016 debut album marked the band out as one of the most vital and uncompromising acts to emerge from the UK’s underground rock community in the past year, weaving together influences including Queens of the Stone Age, Deftones, Helmet and Tool.

With last year’s live calendar bulging with shows alongside the likes of New Model Army, Max & Igor Cavellera, Fu Manchu and appearances at Neighbourhood Festival, Bloodstock Festival, Camden Rocks Festival and Tramlines Festival, expect to be hearing a lot more from this bloodthirsty duo in 2017.

The Hyena Kill’s Atomised album is out now.