Posted by Fred Bambridge on January 05, 2017
It's really weird that we've never really formally introduced you all to HAUS - We first had them on the site with their old tune "Token" and then subsequently a killer remix by Loco of their track "February". They've been hard at work for the past four or so years refining their sound, adjusting their line-up and are now looking to take the big boys on!

When we checked them out live before and we loved every second of the show, and when they re-emerged out of the shadows a while ago we couldn't believe it was the same band! The band were taking their time in the studio for "Haze" and with this self-produced track it shows off the bands newly found sound, Indie-Pop with a dark twist and full of anthemic riffs and uplifting vocal yelps in the choruses. 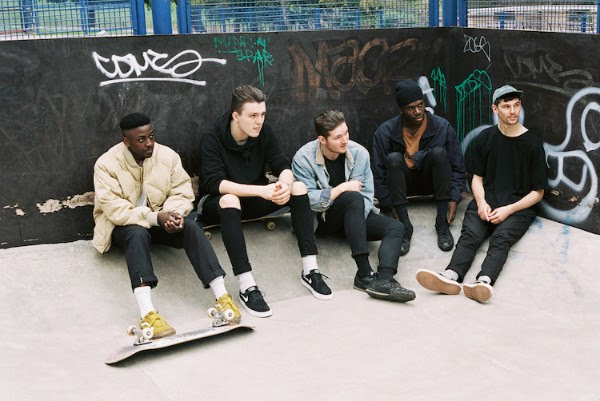 The band have their sights set on 2017 with the release of some more tunes, then followed by some live shows, but after hearing what they're getting up to we're too damn excited! It's been a long slog for the band, with varying reasons as to why they've taken their time, but as everyone says, all good things come to those who wait!

Their best track of the past two years has to be "Blinded", which was produced by Everything Everything’s Alexander Robertshaw and mixed by the Cenzo Townshend. The single showcases frontman Ashley Mulimba’s infectious vocal delivery and the band’s knack of dispensing pop hooks on tap.

To sum this band up is difficult but they've been working hard for a good few years now and are starting to get a name for themselves for their live shows and recordings, their latest track  "Blinded" serves as a quick reminder that Haus will be busy filling venues, airwaves and playlists for a little while yet. If you see this band playing in a venue near you I urge you to buy a ticket and go and boogie, they're full of so much energy it would be a waste not to go!