Posted by Fred Bambridge on January 02, 2017
Coquin Migale have had a storming 2016, with shows all over the UK, festivals, being played in football stadiums such as the Stadium of Light in Sunderland but it's safe to say that when it took them to South Korea and played a few shows there!

2016 was all about their new track "GRINDIE" for a while, and it's one their biggest and boldest track yet. It's a genuinely catchy out and out rock track with howling vocals, driving bass and guitars and a punchy drumbeat. If you're waiting for the next Royal Blood track, don't waste your time, scroll on down below and listen to this epic rock number! 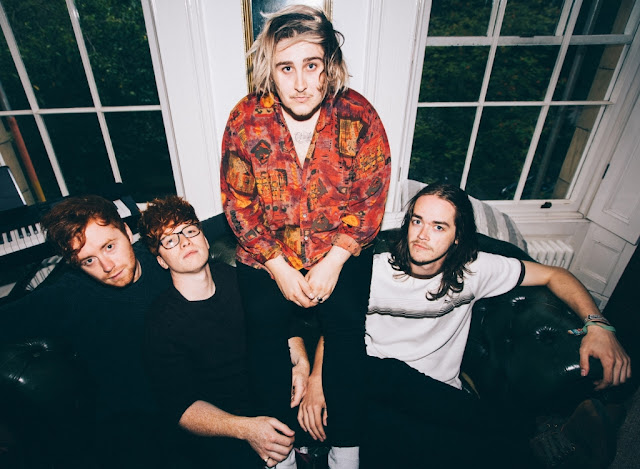 After that came "SOFT" which is an alternative take on surf-pop with some dark vibes, but keeping the washed out vocals and yet keeping it broody with elements of grunge for good measure. Speaking about "SOFT, Alex Soper (front-man) said - "... "SOFT" is our third single to be released via Fierce Panda Records and is a song that touches on the band's eventful journey so far. I project myself an awful lot throughout this record and it's a track I feel bleeds a significant amount of emotion when listened to. I like that about "SOFT" and we're proud of its final state. "SOFT" is still Coquin Migale, yet we feel it sees us delving into more progressive territories whilst keeping hold of the familiar, strong guitar and soaring melody-driven vibe we're so heavily fond of... I wrote this in my bedroom, all the way back in March, and it was enthusiastically rehearsed as the rest of the guys were fans."


If last year was a platform to jump off, then Coquin Migale are only going to get better and will be playing to even more people. With a great team behind them I'm sure that they're going to be on the lips of everyone this year, Coquin Migale. Go and check them out live, their shows are belters!