Posted by Nicolas Streichenberg on February 05, 2017 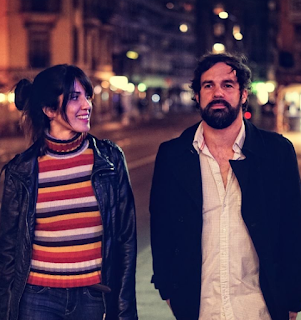 Martinez is a transition between beautiful 80's harmonies within fine-ass production in sounds, especially with the electronical percussions. It is such a miracle-like experiance you get when you listen through the first song "Off The Shore". It could be written a long time ago when people were starting about get attention to electronic sounds. All in all the start of this EP isn't a 80's wave thing. Or what ever you think when you hear the first few synths. It is a real band within love for highest and closest details in sounds. Not many (there we have it: unfortunately in switzerland...) swiss acts take care too much about sounds. So the EP "So far..." has yet one of the most intresting sounds in the beginning. Reverbs and such just make the opening song a wonderful start. The second song off the EP is stricly reminding of the "The Less I Know The Better" bassline of Tame Impala's Currents. Nevertheless, it was the kickstart for this review. Because the band is doing quite well in the german radios. It's when I heard these guys with the blossom-like frontgirl Valérie for the first time. It's almost depressing how good they sound on these streaming services, because so far (badoom tsh!) I haven't had the chance to witness the band with my own eyes and ears. Talking about ears. Do you remember the first time you heard a trumpet? Something very epic and foreign probably yeah? Well, I have to say on the second single "Maryam" there are almost hidden trumpets in their very own raw sound. So beautiful. Can't get enough.

The band is managing myself to be very happy on such a sunday afternoon with their "New Life, New Hope" kinda music. Lyrically it tells many diverse stories. Mostly about love and life. Easy to understand most people can relate to. A diamond beneath the great lake of geneva this band truly is.
You should follow them as they surely expand sooner or later and hopefully coming your way. Until then, listen to their EP.