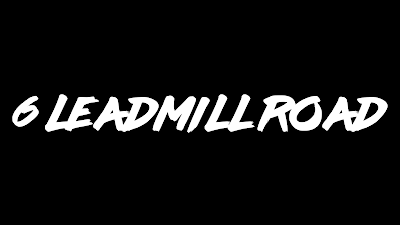 Budding documentary-maker and Sheffield Hallam Undergraduate Adam Barton is having an intimate test screening of his upcoming debut documentary on the 31st of March. The documentary in question focuses on Sheffield’s popular nightclub and music venue – ‘The Leadmill’.

You can read our interview below.

Hello Adam, your test screening for ‘6 Leadmill Road’ is Friday. How are you
feeling about it?

Due to the fact we’re still shooting whilst editing (which is incredibly stressful for all
parties involved) finding more and more content to improve the film is infectiously
exciting as we’re hoping to shoot more gigs and potentially a few more interviews.

I’m hopeful given that all the crew have unquestionably given it their all to make an engaging
and visually stimulating film.

Tell us about the premise…

With The Leadmill arguably one of the most important Independent Music Venue’s in the
UK today, this documentary will hope to delve into what it is about the place which gives’s
it that special vibe.

The three primary areas of focus, the staff who work there both past and present, the artists who have graced the two stages be they a band or solo artist and finally, those who are integral to keeping The Leadmill alive, the crowd members and those who visit the club nights and various other events.

Alongside numerous interviews, we’re also looking into the history of the venue which is
quite rich, dating back to the early 80’s at the time it stood for a splash of creativity and
vibrancy, in the age of Thatcher’s Britain.

Hopefully, people will see the Leadmill as more than a neon sign and a place The Arctic Monkeys held their second album launch party and is, in fact, a landmark, not just of the North but also of the UK itself.

Who’s involved in the documentary?

We’ve been very fortunate with the documentary to be able to gain access to a number of
artists and bands. The variousness of the contributors is also something of a strong point.

Those giving their opinions on the venue include Sheffield Based band Drenge, David
Gedge of The Wedding Present and three members of a Sheffield Britpop group formerly
known as Blammo before becoming Speedy in the early nineties.

Their contributions are essential to the narrative of the film as we follow their early years and their recent reunion gig which was held at The Leadmill.

We also have an interview with upcoming Sheffield solo artist Conor Houston who’s mother
also performed at The Leadmill in her youth as well as contributions from The Leadmill staff and Psychedelic Pop Group Moonlandingz.

They are renowned for their exhilarating live performances which will assist in giving the film the immense high energy expected at every Leadmill gig.

Alongside the more high profile names, we also have equally brilliant input from punters who have anecdotes from back in The Leadmill’s early years along with those who frequent the Leadmill today.

Do you feel the small beloved venues across the UK are struggling compared to bigger
and wealthier establishments now more than ever?

Whilst the situation hasn't reached a crisis point just yet, it’s clear that many venues have,
in desperation made certain changes in order to widen their demographic, that’s not to say that you can’t enjoy a gig there but the sense of intimate communal venues is certainly diminishing to a certain extent.

Whilst in Sheffield there is still a decent amount of small independent venues, venues with a capacity like the Leadmill which aren’t part of a larger corporation are incredibly rare and as such must be cherished and maintained.

With the country seemingly destined to cut funding to the arts and creative spaces even further, it is without question something which is of great importance as music is essential to our culture and is indeed a part of who you are. The prospect of losing the communities created around these venues is sobering, to say the least.

Have there been any stand- out moments for yourself when creating the film?

The very fact that this little idea has lead to the involvement of one of my all time favourite bands is something which always makes me laugh when thinking about it.

As an avid fan of Drenge, getting the text from Rob confirming they were up for it was certainly
something which stands out in my mind.

That said, there have been numerous instances including getting to film Frank Carter and The Rattlesnakes hold the crowd in the palm of their hands.

But simply the fact that I get to make a film focusing on the venue that essentially kick-started my taste in music and continues to provide me with an astounding gig after gig experience is probably at the top of that particular list. 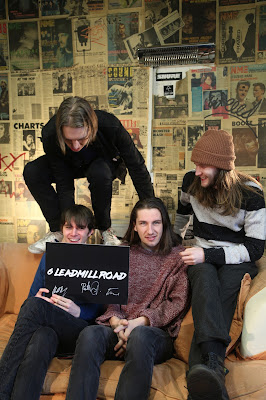 After the test screening, what’s next on the agenda?

Once we’ve had the test screening and have had the essential feedback, we will then move forward to make any necessary changes to the film before making sure as many people as possible see it.

The plan bubbling at the back of my mind is also to hopefully work on a series focusing on equally iconic venues in their respected cities. Whilst it may be my favourite, Sheffield isn't the only city to house some truly great venues.

With The Leadmill now putting on cinema nights, I did have hopes of screening it there at some point and hopefully getting all the contributors and fans of The Leadmill down and finally seeing if I’ve done the place justice.


You can go watch Adam's documentary at Sheffield Hallam University's 'The Void' on the 31st of March.