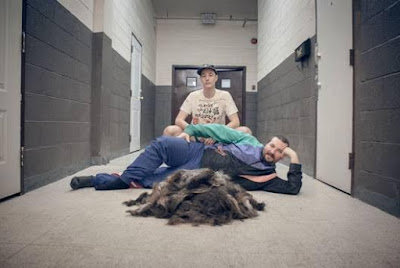 CO/NTRY is an adult-contemporary post-punk duo. Though the band likes to think of themselves as genre-neutral, their music cycles through a wide variety of styles with manic indifference. The name — originally “Country" — was chosen because it was confusing and impossible to search for online, in the tradition of enigmatic acts like Boston and Chicago. The new version was selected with greater visibility in mind, provided people can remember how to spell it, or are aware that the name has changed at all.

Lifestyle proclivities led the band to become a major part of the city’s seedy after-hours scene, where the enthusiastic reception they received from intoxicated audiences gave them the inflated sense of confidence they needed to continue. Fans of their music included employees of Montreal label Turbo Recordings, who helped enable the recording of their first album, Failure, the product of a single three-hour studio session.

CO/NTRY entered negotiations to sign a contract with Bethlehem XXX — a restaurant/art collective/performance space where Sheppard served as head chef —  which has been described as Andy Warhol’s Factory if the point was to never produce anything at all. After agreeing to a record deal with the restaurant’s owner, the band decided to leak the album via Facebook the very next day, figuring it would supply a better narrative for future band bios. History has proven them correct. The restaurant acted as sort of an incubator for new music. It was a space where Co/ntry, Bernardino, Esther, and other associated bands would try out new material. The house playlist was filled with everyone's demos and unreleased tracks. Beaver was living in the restaurant for 2 years while acting as Chef. It was the hang out spot for artists and bands coming through town. Beaver cooked for/entertained Arcade Fire, Future Islands, Ricardo Villalobos, No Joy, Sean Savage, Molly Nillson, Tops, Tiga, The Operators, Brandt Brauer Frick, Major Lazer, and a long list of others. It was the after party venue for art shows.

CO/NTRY is on the cusp of releasing its second album, Cell Phone 1, through Montreal label Fantôme Records in April 2017.