Posted by connorpwillis on April 07, 2017
Brighton's latest musical gift to the UK have released their music video for 'Paper Kiss' and we're premièring it right here on It's All Indie!

If you haven't heard of The Island Club, you're about to hear their latest single everywhere. Racking up over one million streams on their last single, 'Let It Go', the five-piece are now offering an indie-pop cut full of intricate lyricism and hooks that will keep you humming for days. 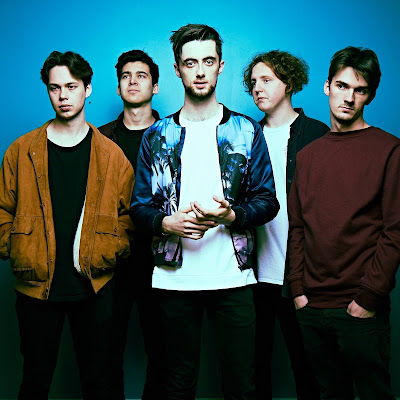 'Paper Kiss' is that track we have always needed in 2017. It gets you moving, dancing and singing-a-long instantly, even if you don't yet know the words. Their precision for pop melodies shines through on this latest single and is definitely going to take their short, but rapidly growing, career to the next level. It's the season of sun-kissed grooves, and boy are we getting them. If you need any more convincing that these boys are set to take the UK by storm, their carefully-curated club night sold out in less than a week and they're now gearing up for another one at The Haunt during The Great Escape.

Check out the music video for the single below. It features all five boys performing in a front of a strictly trained office lot, it seems. Be in a band or work in an office? We know which one we would choose. And to make things better, there's whole load of money falling from the sky. It feels like The Island Club know exactly what life should be like. Combine the video with a funked-up pop song and you have the perfect scenario.

Press play and then press replay.