Posted by Richard Maver on May 31, 2017
Arriving at the Garage in Islington, there was already a tense atmosphere about the evening – in the wake of post-Manchester security measures. The queue taking longer than usual, and rightly so. However, this atrocity did not put off punters, and confirmed a solid stance against terrorism. Coming into the venue, I was shocked to see almost every single person sitting on the floor – and from nights past, I wasn’t entirely convinced by the cleanliness. To the bar it was.

Prior to the main act, we got a healthy set from up-and-coming jangle pop kids Jay Som. After a few technical difficulties, the band worked their magic on numbers such as ‘Baybee’ and ‘The Bus Song’, whilst throwing in some mid-set innocent chatter and off-cuff jams. The band arguably were warming up for their headline set at The Sebright Arms – with little argument over their time slot, which was hindered early doors and therefore lacked closer ‘I Think You’re Alright’. 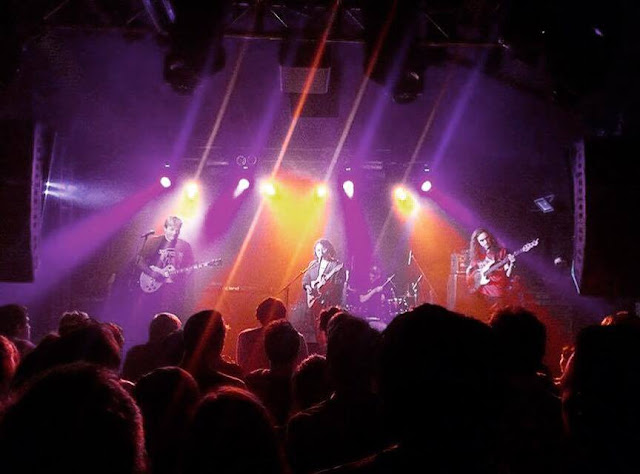 With fellow indie act Hazel English in attendance, Day Wave ran through a lengthy set in next to no time. With debut album ‘The Days We Had’ now out, there was a little more thought with setlist. In not coming to the UK very often, the Berklee-educated solo project of Jackson Phillips was appreciate of the audience, and moved through his up-beat dream pop sound (which has been likened to Wild Nothing and Pity Sex). Where, “lack of uniqueness and variability” is argued on record, the live band certainly do not disappoint, with tunes such as ‘Gone’ and ‘Untitled’ going down a treat. ‘Come Here Now’ encourages a mini sing along, while ‘Wasting Time’ is as buoyant as ever.
The fluidity of the set is broken up in ‘Ceremony’, where the band lay tribute to the Manchester victims in rendition of a New Order cover. Jackson echoes that “music is a safe place, and we most continue to show everyone this”. Crowd pleasers come in the latter stages, with ‘Deadbeat Girl’ finally getting the, typically early subdued, London audience moving. Personal favourite ‘Total Zombie’ is performed to perfection; while ‘You’ gives everyone some rest, but is marred by excessive audience chatter at the back of the venue. The crowd begin to finally let loose, jumping and clapping to ‘We Try But We Don’t Fit In’ and closer ‘Drag’. With the evening now into its late hours, some members jump the gun and leave early, without thinking about an encore (what do you think about them? - check out our post HERE) – which comes in the form of ‘Promises’. 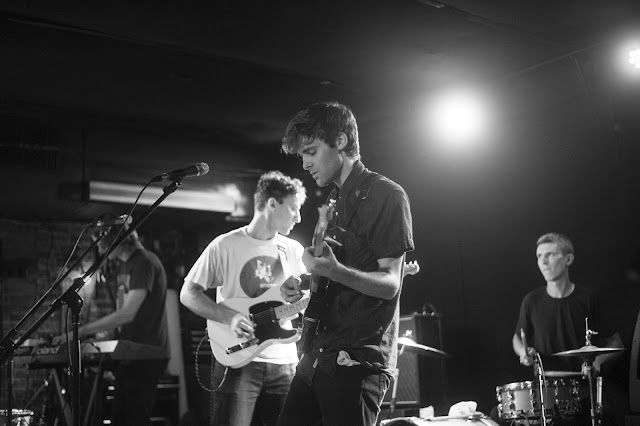 Whilst early success had been localized largely to his brace of EPs in the California region, Day Wave are making a name for themselves with a new album and refreshing live show.

Day Wave played:
Something Here
Gone
Untitled
Come Here Now
Bring You Down
Ceremony
On Your Side
Wasting Time
Total Zombie
Deadbeat Girl
Ordinary
You
You Are Who You Are
We Try But We Don't Fit In
Drag
Promises