Posted by Alexa Wilde on May 17, 2017
‘I’m So Wet’ by Avalanche Party, arrives via the Leeds-based indie label Clue Records - also home to Allusondrugs, Team Picture and Forever Cult. Mixed by Tarek Musa of Spring King (also behind Van Zeller, Gengahr and Trudy & The Romance), this is the follow-up to 2016’s ’Solid Gold’ – a track championed by the likes of Radio 1’s Huw Stephens and 6Music’s Steve Lamacq. Following support slots with VANT, Public Enemy and The Amazing Snakeheads, the band will tour the UK and Europe throughout May and June to support the single release, taking in a date at London’s Camden Rocks festival on June 3rd. 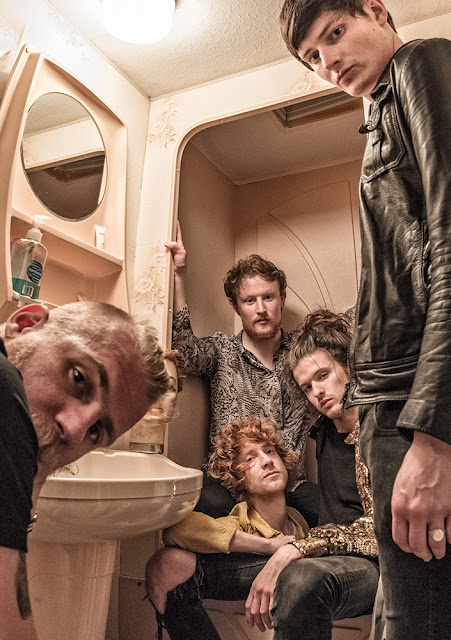 Speaking about the single, frontman and guitarist Jordan Bell says: “Along with Leonard Cohen, Frank Sinatra & Etta James - we are highly decorated students of the University of Love, and so we bring to the world our ‘Suzanne’, our ‘Somethin’ Stupid’, our ‘I’d Rather Go Blind’. Forged from a desire for a hot opening statement – a throbbing, pulsating, slinking, rhythmic tour de force."


Make sure you catch Avalanche Party's live at their next UK dates: