Posted by Fred Bambridge on May 15, 2017
If you're after a bouncy and very energetic track to perk you up then RAFFER's brand new track "Street Light Dancing" is right up your street, and as the name might suggest, it'll make you wanna dance in the streetlights. RAFFER is a 19-year-old singer-producer is from London and is rapidly growing a fanbase with songs just like this. 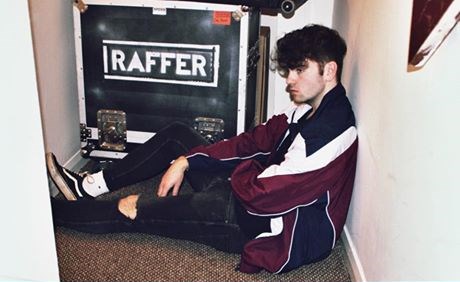 "Street Light Dancing" has some 80's elements, not too dissimilar to that of The 1975 infused with a blend of funk and sunshine, perfect for those late summer evenings. RAFFER has had a busy year so far completing an entire UK tour supporting Nathan Grisdale across 17 dates, supporting The Academic in London, and Kovic in both London and Glasgow. RAFFER is planning to perform a headline show in London later on this year!

Be sure to check the video out and jump on the bandwagon before everyone is on it!