Posted by connorpwillis on May 08, 2017
Birthday - a day of celebration. A day all about one thing. A 24 hour period of gifts and getting pissed. That's a birthday. And if you could turn all that in to a sound, it would be We Were Glue's new single. 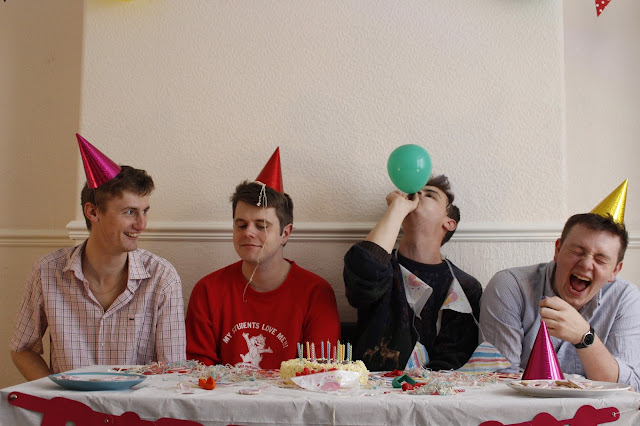 With vocals similar to those of Alex Trimble of Two Door Cinema Club, the quartet have impressively racked up 130,000 streams with their last single 'My Girl', and with a new single like this, it's not a bad idea to suggest they might raise the bar even higher now. As festival season begins and the sun slowly starts to make more regular appearances, it's We Were Glue who have got all bases covered with their electric sound that is bound to get you dancing.

Bluesy chords, a slight jazz infusion and a big chorus, 'Birthday' is a single we definitely won't stop listening to any time soon. And it seems the world doesn't want us to stop, with the single being aired on Made In Chelsea tonight and the four-piece now being shortlisted to play at Y Not - We Were Glue's domination has started, and we don't want it to stop.

Listen to the exclusive premiere of 'Birthday' below and watch out for the band across all platforms - they're going to be everywhere soon enough. Happy Birthday and happy summer, guys.