Posted by Alexa Wilde on June 20, 2017
The powerful alt-pop debut ‘Vivienne’ hones in on lo-fi grittiness from The White Stripes while unifying her classic British influences including Massive Attack and Bat For Lashes. Fronted with a distorted, driving bassline that strikes like a marching parade. The melodies and lyrics are delicate yet powerful & the songs tell tales of escapism. The first single 'Vivienne' is a track with a distinctly British edge. Vivienne Chi comments “I wrote 'Vivienne' about getting through the aftermath of a break-up and that little voice in your head that persuades you to do something stupid. It's about losing control and letting your other, less dignified self take over for a moment.” 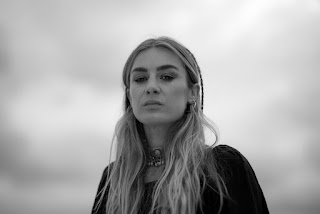 An equally intensifying video accompanies the music presenting Vivienne in spectral and diluted visuals, reversed vocal hooks come forward, while mirrored reflections of herself begin to present. From its framework and build, the journey the song takes is more like a cinematic piece. The track never fails to up the tension higher and higher throughout.