Posted by Fred Bambridge on August 07, 2017
The Magic Gang is one of the hottest bands around playing to capacity crowds across the UK. They recently toured with Circa Waves and will be supporting Sundara Karma this autumn as well as supporting Wolf Alice on their European dates. This year at Truck Festival we sent down our photographer, come reviewer and (now) come reviewer - it's safe to say Rhona loves her music, and here's the interview she conducted with the lovely lot in The Magic Gang. 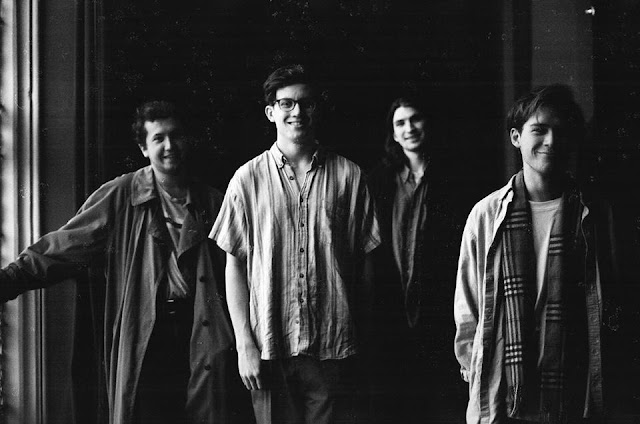 I’ve seen you guys everywhere over the last 12 months or so, touring with Circa Waves recently and you’re also going to be playing with Sundara Karma later in the year.


I also caught you at The Joiners in Southampton not too long ago, you just seem to be very busy. Are you gigging and playing festivals/travelling all the time?


(KRIS) We have been this summer

(G) At the moment it’s almost a festival every weekend which has been really good because we don’t need to practice in the week because we have the gigs to practice! We’ve got really tired but hopefully this will be alright, touch wood!


(G) Amazing, absolutely amazing! We played at about 1 o’clock on the Saturday and that’s kind of you know…. Glastonbury’s so big it’s hard to count on people coming to the show. People get distracted by something else going on. Yeah the tent was rammed! We were a bit sleepy from the night before but got through it and it felt really good.


So how does it feel having people now singing your songs back to you? That must be a bit of a thrill?


(K) Absolutely, very thrilling, strange but totally amazing. Can’t really fathom that until it happens, it’s pretty cool. It’s one of the thing I look forward to most.


You’ve got an amazing fan base haven’t you?


(G) That was a really fun tour. It’s really fun being a support band because it means you can be back at the hotel some nights by 9 o’clock and then you can go out which is something you can’t do if you’re headlining. Then you’re not out of the venue till midnight and you’ve got to go and do hotel stuff. As a support band you get to play a show and you’re still buzzing. Then you get to go out and have a few drinks.
(K) Yeah it’s a different dynamic.
(G) That particular tour was probably the best support tour we’ve done in terms of so many people there that knew us and who we were. It felt like amazing!


I saw you at Common People Festival in Southampton as well and that was just an awesome show. So many people were talking about that performance. Everyone down there thinks of you as a local band.


(K) Yeah well that’s nice, I was born in Southampton.
(G) Yeah we’re all from near that way towards Bournemouth.


And now you’re based around Brighton?


(G) So in fact we’re actually from Southampton because it’s exactly between those two places! We’ve played The Joiners three times, the last time was sold out!! It’s an iconic venue. Loads of really successful bands have played there at some stage in their career.


Is there an arena or venue where you’re thinking you’d love to play some day?


(G)Yeah Brixton Academy. I used to go when I was younger with my dad and it’s just great there, it’s always got such an amazing atmosphere at that venue. But that’s 5000 people!
So The Magic Gang has come up through the music industry before This Feeling and BBC Introducing which are currently two of the best avenues to get new music heard and out there. Both of these have encouraged a new genre of band.

Yeah that’s totally a great way to do it to get local support. In Brighton we had something like an incubation period where we started playing together more and people came to see us and I think that’s kinda the way you do it. It leads to playing other places and branching out…. BBC Introducing and the internet generally puts everyone on a level playing field but it’s very difficult because everyone’s shouting into the same place it’s very hard to stand out. Some people are lucky and some unlucky in getting heard.

(K) But because of the ease of finding out about things I think also that you’ve got to focus more on what you’re actually doing than how and when you’re going to get heard. The way things are it’s very easy for people to find you. The music industry is very aware of projects going on and I think it’s more important to really hone what you’re doing than chasing the industry to get recognised. We were really fortunate to be in a space where we were able to play amongst our friends in a small community of bands and really get good and figure out kind of what we were doing a bit before we started trying to push the ‘product’ as it were.


So it’s all about playing good music?


(K) Yeah, I think so. It sounds like a cliché but it’s true. I mean you can ham your way through with social media but it’s easier to just write good songs.


Did you all meet when you were in Brighton?


(G) Me and Kris met in Brighton. I knew Paeris from back in 6th form in Bournemouth then I moved in with Jack and P. Kris and Jack wrote a song one day and said “do you wanna play bass on this” and I said yeah alright? Paeris was in the house with the drums and then we put it on the internet and loads of blogs really loved it. So we were like oh this is getting more traction than any of other projects so let’s do this. And here we are.


So what bands do you like to go and see? Are you going to head off at Truck Festival after your set and see anyone else?


(K) Yeah well a lot of our friends bands are playing before us on the same stage, Crows are playing, and I’m gutted we missed The Rhythm Method. I would have liked to see Hotel Lux earlier.


What about the main stage, the Libertines are on later.


Thanks to Gus and Kris for talking to IAI. The Magic Gang’s set was one of the best at Truck Festival. Catch them live if you can.