Posted by Alexa Wilde on September 20, 2017
After the release of their ‘Weak Sun’ EP earlier this year, High Hazels have been keeping busy.

With a Sofar Sounds set, two stellar Tramlines gigs, and a DJ residency they call ‘Studio Electrophonique’ under their belt, the Sheffield four-piece is – as always – itching to record and share new material. That’s why they’re hitting the road with a run of UK dates this October.

James Leesley (vocals/guitar), Scott Howes (guitar) and Anthony Barlow (drums) will be joined by their new bassist, Paul Musgrave. You can read more about this over on the band’s Facebook page, where James says:

“As always it’s the new songs that keep us ticking. I’m pleased to say we’ve landed on some things that are sounding delicious, and we can’t wait to get in the studio and stick them down on record.” 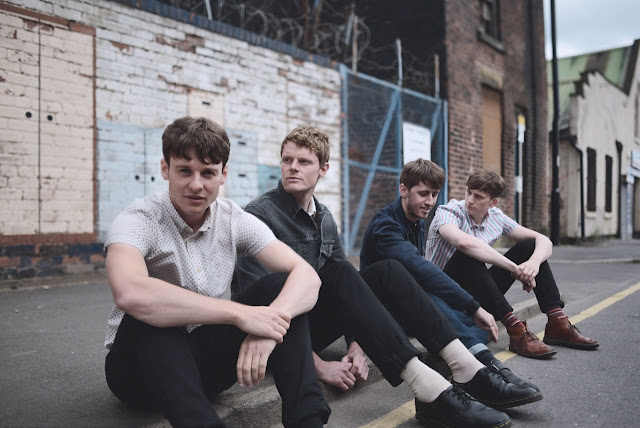 High Hazels had their first radio play on BBC 6 Music with a demo they sent to Steve Lamacq on a whim. They’ve since sparked the attention of Richard Hawley and James Skelly, and earned a reputation for creating delicate, intricate music.

Their ‘Weak Sun’ EP saw the band take a more conceptual approach to songwriting - and the results are breathtaking – so it’s no wonder the wistfully ambient ‘Sequin Eyes’ was Amazing Radio’s longest running #1 on their chart this year (with a hilarious takeover show to boot!).

Finding an interesting balance between weightless verses and brooding choruses, the group took cues from Scott Walker’s elongated vocals and wanted the lyrics to oppose the feel of the music.

There’s no light without darkness, and it’s those delicate moments High Hazels savor and so beautifully construct into song.

Previous releases include their ‘Valencia’ EP, which features a cover of The Kinks ‘Waterloo Sunset’ the band first played for Dermot O’Leary on BBC Radio 2. BBC 6 Music championed their self-titled debut album, with CLASH saying: “The band has an explicitly intoxicating take on indie song craft,” and Fred Perry Subculture and Wonderland Magazine listing them as Ones to Watch.

You can catch High Hazels warming up for their October dates and show off their DJ skills at Studio Electrophonique at The Tramshed, Sheffield on 12 August and 9 September.