Posted by Fred Bambridge on September 20, 2017
With their new EP due out on the 6th of October, Husky Loops have revealed the new video for their recent single "Girl Who Wants To Travel The World". The trio have also just announced a headline tour for this November. Dates are below the image.

Director Tom Ringbsy explains the visuals "The video is based around a realisation called Sonder. That each random passerby is living a life as vivid and complex as your own - populated with their own ambitions, worries and inherent craziness - a million stories that continue invisibly around you in which you might appear only once, as an extra sipping coffee or staring at your phone on the bus. The overcast sky fit the surprisingly optimistic track from Husky Loops, who have agreed to score my forthcoming Where’s Wally feature film project." 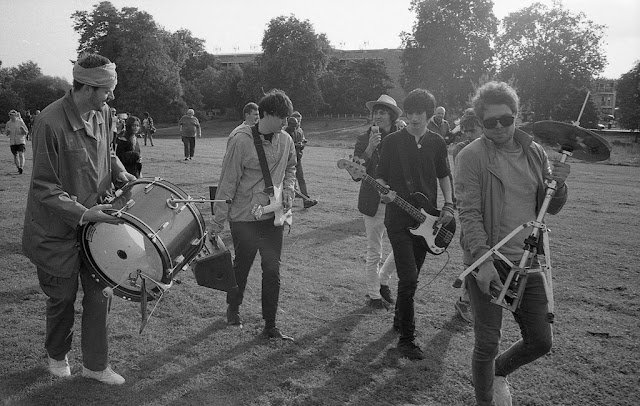