[LISTEN] Queen Alaska - Run To You

Posted by Alexa Wilde on September 14, 2017
A name associated with the width, beauty and clarity of a magnificent, majestic landscape, Queen Alaska is an artist that articulates creativity in more than just her music.

After releasing the imitable mid summer release of 'Under My Skin' - the Berlin based artist followed this up with 'Run To You', a light bouncy number flutters around an effortlessly crafted electro-beat.
Being a composer, producer, vocalist and audiovisual artist, Anneli Bentler combines analogue synthesizers, drum machines, vocal cuttings and her fine sense for harmonic structures, to bring into being an eclectic landscape of sounds.

Appearing translucent and mystical, the track gently flows with 808 tom fills, placing original sounds from the techno culture, these are suddenly felt like pizzicato strings in her works. ‘Run To You’ is the finest subject of this, a track sprinkled with her signature airy synth arpeggios and an effervescent vocal. 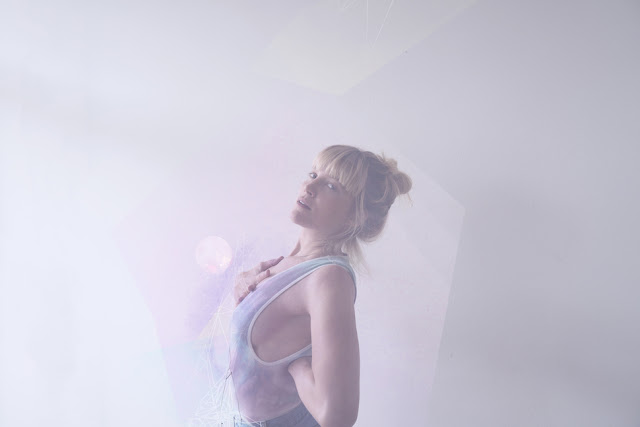 On the subject of the song, Queen Alaska explains "Run To You is about the trouble that sometimes comes with making a decision or a commitment. Berlin is a city full of opportunities, full of young, beautiful people, so it is hard to fully commit to something when there's a possibility of someone or something better that might come round soon. The city seems to whisper, you have to stay free and fully live the moment there. It sounds so easy but after a while it brings heaviness and loneliness. The urge for dedication comes up and kicks in at the wrong moment - and you are caught in the beautifully tragic circle of our commitment-phobic generation. There was a time when I was lost in that circle as well, and I could also see it everywhere around me. So I wrote a little song about it with lyrics that subtly but constantly contradict themselves.. "I’m gonna run, I’m gonna run to you and I will never ever turn around again.. run to you / turn around again / run to you / I will turn around again.."


Taken from her debut EP, 'Interlude Of The Inner Voice I/II' is out now.