Kicking off the show with a loud and very energetic performance, Darlia made a great entrance. The set mostly contained songs from their first album „Petals“ but a second one has been said to be on its way. 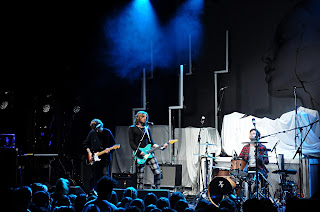 Having been compared to Nirvana and S*M*A*S*H, the Blackpool four-piece' genre varies from alternative rock to grunge. With Nathan Days' voice previously being described as ranging from „a husky whisper to a rasping roar“ by the Guardian the band won everyone over who has not heard of them before. 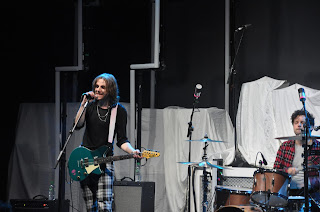 Having the crowd eat out of their hand the group wowed with gritty guitar riffs and catchy rhythms.
Latter can not only be found in their newest release „Beam Me Up“ but also in „Candyman“. Even if Darlia may not be reinventing punk-pop, they most certainly are able to compete with some of the big names out there. 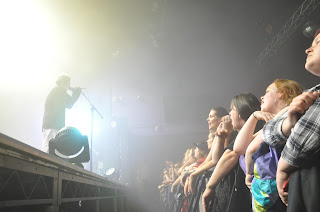 When Nothing But Thieves finally took the stage at Norwich's LCR the crowd went wild. The Essex outfit can look back on a successful year having played to a crowd of more than 500,000 people at Woodstock Festival Poland earlier this summer and every single gig of their UK tour being sold out.
As well as playing their classics like e.g „Graveyard Whistling“ the band also impressed with their newest release „Broken Machine“. „Soda“, „Hell, Yeah“ and „Particles“ are only examples of some of the jewels on their sophomore album. 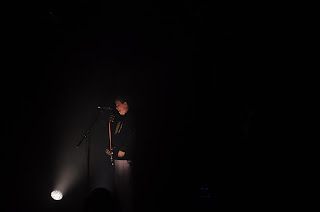 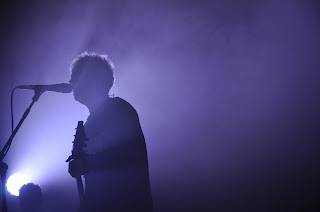 Encouraging their audience to crowd surf while giving a taste of a wonderful guitar riff is just one of the many ways they tried to connect with us. Creating a very intimate atmosphere the lads from Southend-On-Sea definitely deserved their fans' cheers.
This very successful evening was concluded by their chart-conquering single „Amsterdam“ which left all of us walking home humming. 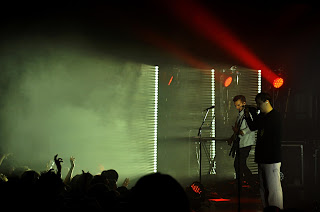