[LISTEN] Breakers - Get In Line

Posted by Chris Graham on November 22, 2017
With delicate falsetto range tinting influences of Foals and post-hardcore influences in guitar work, Breakers return with ‘Get In Line’ - a track that hits with a barrage of high-energized rock that packs with personality.

Breakers – comprised of members Alex Bayly, Jamie Archer, Scott Carter, and Ollie Townsend – are an indie rock outfit based in Hertfordshire. After achieving acclaim and success with the release of their debut EP Redrum in 2016 the band confidently return with the new single Get in Line, one of two singles to be recently recorded with prolific producer John Mitchell (Architects, Enter Shikari). 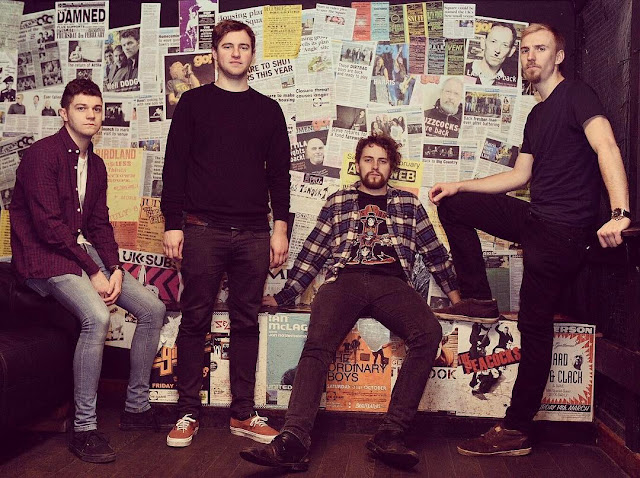 Breakers tell us more on the background behind the single..“Lyrically the song is about 'getting in line' socially and personally. Socially finding a place in my 20s with a job, band, etc, and then personally doing the right thing by the people in my life. The song resembles to me, as a patch work of memories and feelings about growing up in our home counties and what made me move to the city. This is referenced to the instrumental sections that drop out in the second verse. The song is about staying determined and making moves to hit the right groove in life."

2018 may be the big year for Breakers; the next few months will be the perfect time to see the band as they continue to develop their craft and perform gigs in Ware, Bishops, and at The Finsbury in London.