Posted by Chris Graham on November 22, 2017
Two years on from his debut release, the talented Scottish singer-songwriter Gus Harrower has been writing towards his upcoming sophomore EP, ‘Where We Were’. Following the release of the EP’s title track that was featured as ‘Single of the Week’ on the Janice Forsyth show on BBC Radio Scotland, comes the new track Cell Dilution. A deeply personal song which sees Harrower reeling from a past relationship in which things were left unsaid and regrets still linger.

Having been dubbed for Song Academy Young Songwriter in 2016, Harrower proves this capabiluty and makes a mark with ‘Cell Dilution’. Blending together rich influences of soul, blues and pop, Gus has created a myriad of coloured sound textures that makes his sound so demanding. A bouncy minor-key piano ballad carried by Harrower’s soulful vocals and sparse synthesizer swells suddenly explodes into life as cathartic guitars and emphatic drums enter the swing. 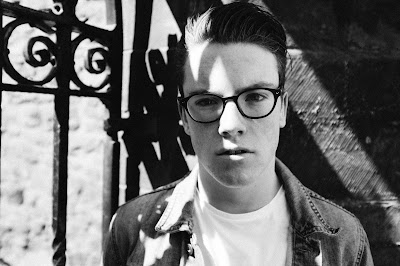 The song exerts a powerful five-minute composition, its melancholic atmosphere and dynamic production marks it as the emotional center piece of his forthcoming EP.

Gus Harrower comments more on the song, "Cell Dilution is one of my most meaningful songs. Considering it was written a couple years ago, it captures many different feelings, which are still relevant today. It's a song that took me some time to feel comfortable with lyrically and musically however I'm extremely proud of the outcome.”

Harrower possesses great musical ethic, producing all his releases to date himself, and has been recognised for his work, now with this promising release, the young artist is sure to be a name to look out for in the very near future.