Posted by Chris Graham on November 29, 2017
A three-piece future-pop project consisting of members, Thomas McConnell, Frankie Tibbles and Adam Dixon - a group led by Thomas McConnell with tracks inspired by childhood, Playstations, memories of old computers and regurgitated pop culture.  After joining up with Frankie Tibbles and Adam Dixon to translate the music to the stage, they released their debut single "Peppercorn Boy" on Deltasonic Records. It gained airplay from BBC Radio Merseyside, Amazing Radio, BBC Radio 6 and more.

We premiere 'Melodica', the latest effort from the exciting group. Led astray by synthesizers, accordions and a vast display of percussion, ‘Melodica’ showcases a bombastic approach to indie-pop and it’s so infectious. Influences of prog and indie-rock show in full throttle, the likes of Tame Impala and Pond would gander. Through 2016 Thomas was known as Tom Low. He released an EP entirely recorded on a phone and toured with Mercury-nominee, C Duncan. After this he retreated into a period of intense composing and recording, the results morphed into his new project TV ME. 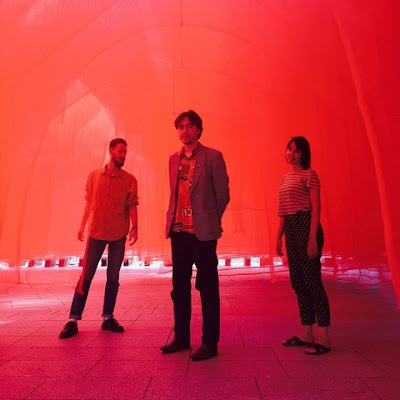