The magnificent Vevo off the record: documentary about The Cribs takes a look at Wakefield band's career.

Blending studio performances, archive footage and an interview with broadcaster Gordon Burns, the band members talk about being different to their peers and not having had been given some of the same advantages. They also mention the use of feedback in their music.

While their feedback has been influential, there is also a gift for writing and producing infectious melody, and The Cribs’ strong DIY ethos are vital components in their music, which means so much to people in the UK and far further afield.

When faced with the corporate side of the music industry, twins Ryan and Gary and their younger brother Ross Jarman, kept their integrity and autonomy.

Never one for letting fans down, in a career spanning more than 16 years, they only ever cancelled two shows. Gary once suffered a case of blood poisoning, but he discharged himself from hospital, so the band could successfully complete a big tour. 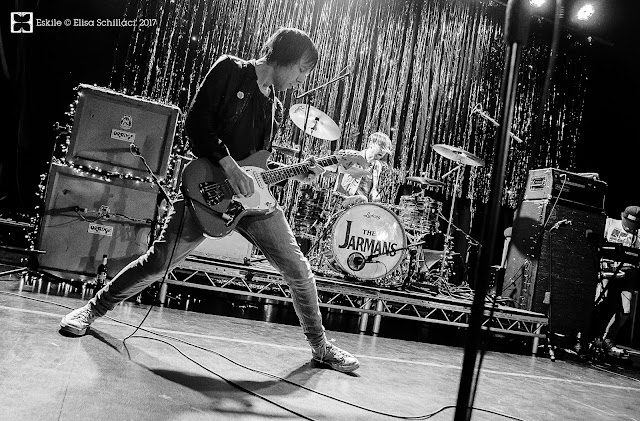 Not many bands have had Johnny Marr joining them for two years. Ryan’s guitar riffs are a Cribs trademark. Often described as one of the most underrated guitarists, the guitar riffs are as catchy as they are original and sound good live and on studio recordings.

The band’s current Residency tour marks a return to, and ‘occupation’ of, venues of importance including Glasgow’ King Tut’s, Gorilla in Manchester and London’s ULU. The final destination will be on homely ground in Yorkshire, at the iconic Leeds Brudenell Social Club.

Quintessentially, tonight’s show at ULU is an exceptional display of everything The Cribs are about; being real, being true to what they believe in, creating excitement and surprise and above all, delivering a quality and energy-driven rock’n’roll show. 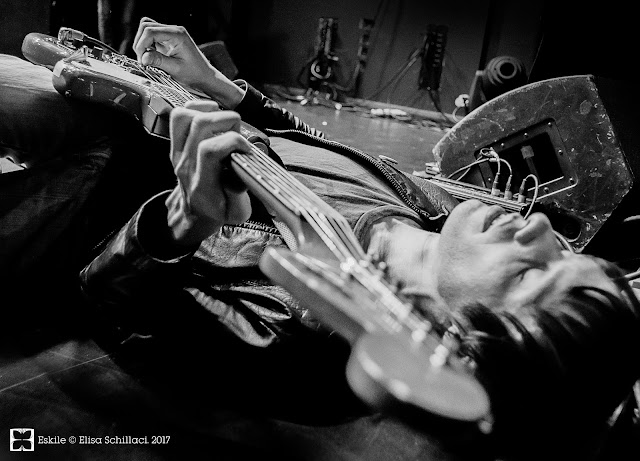 Their setlists have been changing with every show. Tonight’s list consists of 18 hits, old and new, including Different Angle, Rainbow Ridge, Sticks Not Twigs, Come On Be a No-one, Pink Snow, Men’s Needs, We Share the Same Skies, I am Realist, Bolt Hole, Mirror Kissers and To Jackson.

The audiences get excited from the moment they band members walk on stage and that vibe is present throughout the show.

Five songs into the set it is time for Rainbow Ridge from the band’s latest album 24-7 Rock Star Shit produced by legend Steve Albini. Still a fresh tune, but the crowds are elevated. 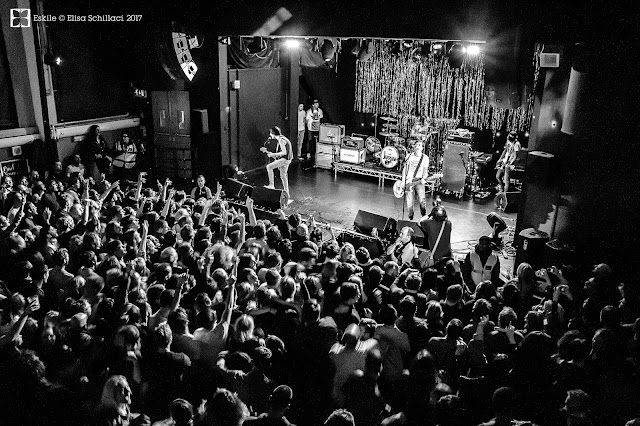 There is consistency in what they continue to do and this evening is no different. The raw energy, on stage and in the room, is intense. Even during the quieter songs the energy never drops for one second. But the likes of We Share the Same Skies, Different Angle, I am a Realist, Men’s Needs and Mirror Kissers make the crowds go amok and the front barrier area turns into a beautiful mosh pit.

That Ryan and Gary are suitable as frontmen is not news, and they have plenty of skill, but they can be raw, impulsive with a plan, a creative concept, in place, re-fined yet chaotic, brutal or ‘destructive’, and Ryan really knows how to put on a guitar show, the authentic Ryan way. 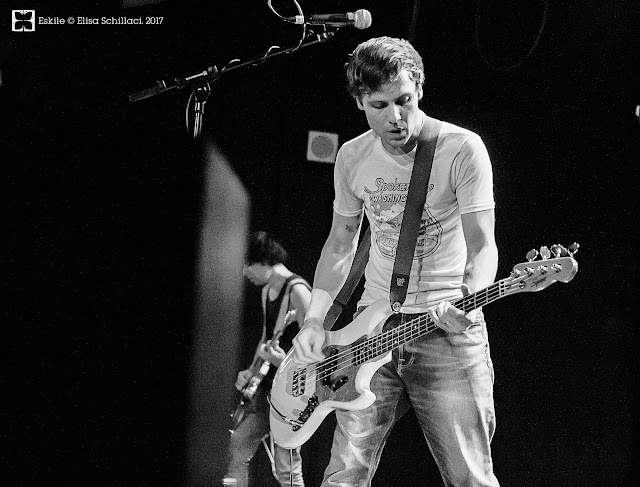 Continuing to be exciting is not easy for anyone but the fact is the band members are genuine and true, professionally and creatively, and they have been throughout their career. It is what makes The Cribs unique and why there continues to be so much love and urgency around them and their music.

Hopefully, they continue to write songs and deliver outstanding live shows for years to come. At one point they apparently were close to splitting, when Johnny Marr left, but things appear to be healthy, hence their top form. And Johnny remains a close friend.


Sincere thanks to Elisa Schillaci for photography