Posted by Fred Bambridge on December 06, 2017
SHEAFS is a band accelerating so fast on the ‘bands to look out for scale’ that now’s the time to catch them in the smaller venues before they move onto the big ones! Gigging up and down the country and featuring heavily on the ‘This Feeling’ circuit SHEAFS has become a mighty force to be reckoned with. 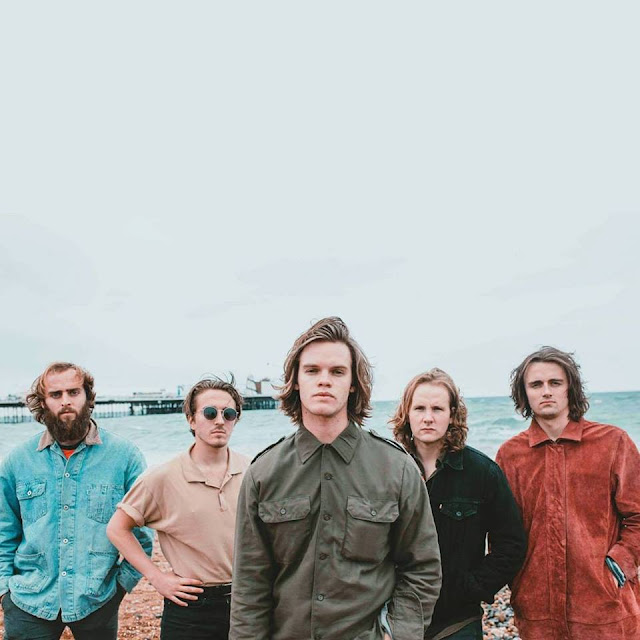 Since meeting at Sheffield Hallam University the five members of SHEAFS (Lawrence Feenstra, Charles Mellor, Chris Goodacre, Callum Wright and Charlie Eastap) have built up a strength of followers that would make other bands weep! How? By consistently giving the very best live performances on the indie circuit. Named on the Glastonbury Emerging Talent Competition 17 longlist and winning the Virgin Radio’s Fresh-fest Competition 17 SHEAFS’ festival appearances at IOW and Reading Festival among others have consolidated them into a must-see band.


Lawrence Feenstra gives a master-class in being the perfect frontman. Watching a SHEAFS gig is like being re-born into a massive family of happiness. Feenstra, from the very first note, has the audience in the palm of his hand. And then he’s off the stage and plunges into/onto the audience often together with one the band’s ‘This Is Not A Protest’ placards close behind him! Sounds nuts right? But it works brilliantly. 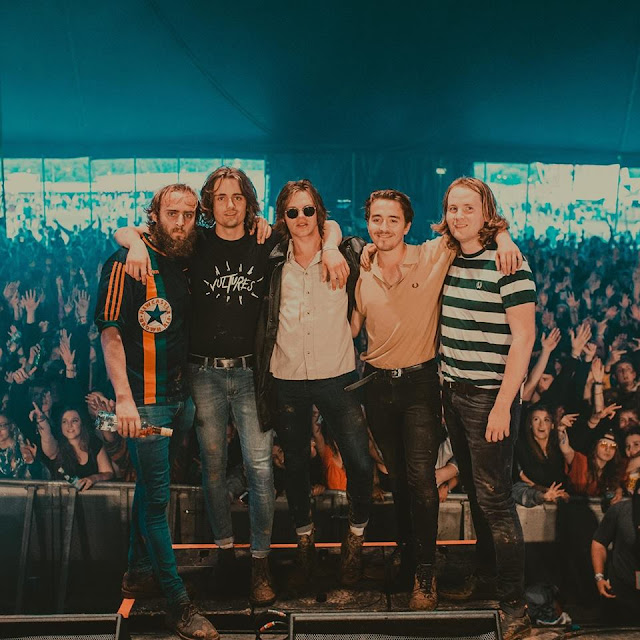 SHEAFS is a band that other bands want to watch and a recent performance at Kazoopa Festival in Leeds saw the audience crammed with members of other bands all joining in until it was impossible to separate band and audience. Future headliners? No doubt. In fact SHEAFS first headline tour kicks off in February 18. Don’t miss it!