Posted by Chris Graham on January 30, 2018
ROE resembles wholly as a modern day emerging artist, creatively in control and feeling entirely organic. Performing her unique sound on huge drum machines and her trusty Stratocaster, ROE has been captivating audiences around the world with her raw and gripping performances. With songs detailing of personal tales, she writes music that are striking in their honesty and hides them behind irresistibly unique melodies: effortlessly weaving style with substance.

ROE is the moniker of 18-year-old multi-instrumentalist Roisin Donald. She describes her music as 'Grumpy Electro Pop’ and only a year into her song-writing career has already earned herself a slot at the legendary Glastonbury Festival, performing on the BBC Introducing stage in June 2017. 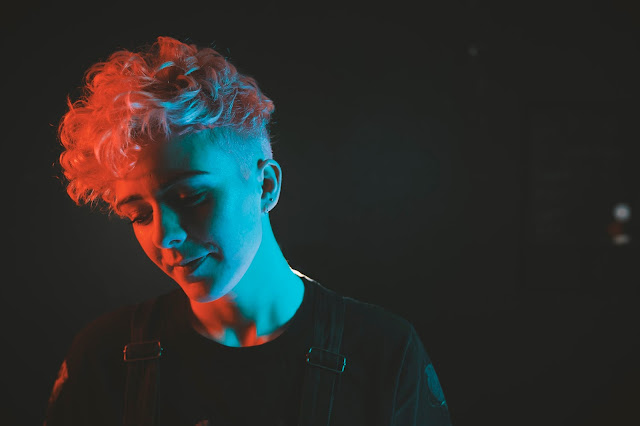 Her new single 'Wasted.Patient.Thinking' is a track that only succeeds in Roe's powerful delivery. With instantly catchy melodies with playful lyricism, her 'grumpy-electro pop' title is matched with honesty.

Explaining what’s behind the song, ROE explains: “Wasted.Patient.Thinking. is about looking out for number one. There’s no point in staying in any kind of relationship that makes you feel down all the time just to keep someone else happy. People can be the worst and you need to take care of yourself before anyone else, otherwise it’s just a whole mess that you don’t deserve to be involved in.”

With performances at Output (Belfast), The Great Escape music showcase (Brighton), Reeperbahn (Hamburg), M for Montreal, Hard Working Class Heroes (Dublin) and Other Voices, as well as a debut UK tour already under her belt, ROE has been moving from strength to strength with increasing momentum. Selected as one of 21 acts from around the UK (the only Northern Irish artist) to perform on the BBC Introducing stage at Glastonbury, the future looks bright for ROE.