Posted by Fred Bambridge on April 12, 2018
BOODHYPE is a brand new band based in Berlin made up from Elmar Weyland, Erik Laser, Matt Mueller, and Pit Romersa - although they like to be known as a 'collective' rather than a band.

The foursome started as a punk rock project in a flat share in former East Berlin. People and bands came and went, spending a night or a month and leaving their ideas, guitars, shoes, memories in the four rooms in Friedrichshain.

Their debut track is officially out now, it's titled "WOLVES" and is a captivating and upbeat nod to the 1980's Indie-Rock scene with elements of Depeche Mode, The Cure and INXS all thrown in to give off some great vibes. This'll be a track we shall be playing a lot, that's for sure. 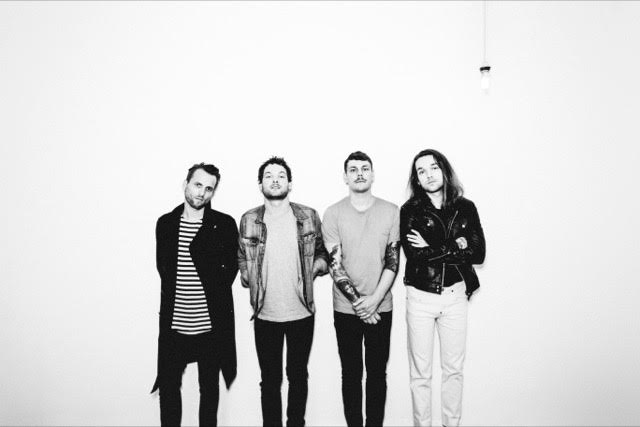 They would track songs in Weyland’s bedroom the morning after nights out. Days between tours were spent somewhere between bed and Logic. When Berlin’s streets were coated with concrete-like ice, friends would come together and hang out and occasionally pick up an instrument.. After a year the same musicians were writing songs together every time and from there, the band found its sound and BLOODHYPE found its core.