Posted by Fred Bambridge on April 12, 2018
Last Night three-time GRAMMY® Award-nominated and BRIT Award-winning multiplatinum (that was a breath and a half!) singer-songwriter James Bay returned to Late Night with Seth Meyers where he performed "Pink Lemonade" and new track "Us". 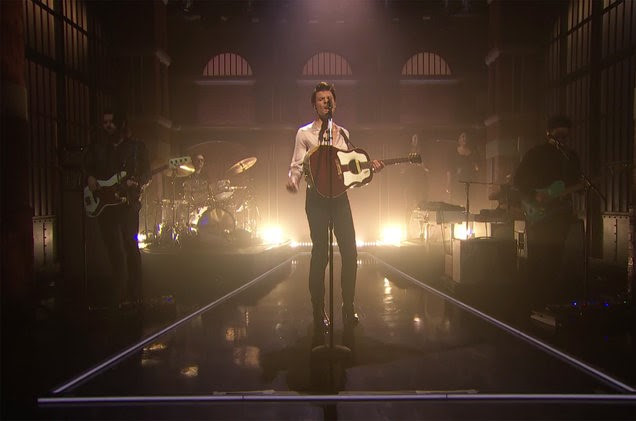 Both tracks are featured on his highly anticipated second full-length album, "Electric Light" which is out worldwide on 18th of May 2018. James Bay originally made his late night US TV debut on Late Night with Seth Meyers in 2014 performing "Let It Go".