Posted by Chris Graham on May 24, 2018
Andrea Di Giovanni returns with a powerful, dark-pop delivery in 'Drowning'

Andrea is a firm believer in style telling its own story… and that it is an extension of a person's soul. He has since managed to take control of his oppression and develop an inspirationally positive mindset. With the help of a new support system and an insatiable love for music.

He follows his first single of the year ‘Our Own Way’ with another scorcher this month..
Andrea comes armed with an album of new music set to be released throughout this year. Andrea's take on an infectious pop groove perfect for the summer months. Co-written with Jamie Sellers (Alesha Dixon/ Pixie Lott). Andrea’s top-line beautifully juxtaposes the carnival-esque, drum-tight production, creating an uplifting electronic-pop anthem that’s sure to do the rounds this festival season. 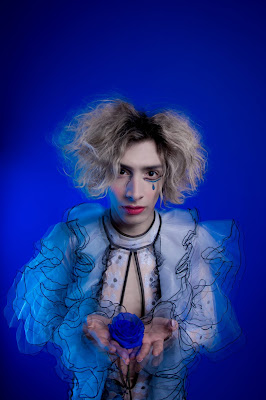 Speaking on the track, Andrea comments.. "This song is about a relationship that it's coming to its end. I've taken a lot of shit, promises previously made are now broken but in my mind there's no debate, I won't be drowning anymore. It's the second step, I was still hiding my emotions although I know how I really felt inside but I wanted to react, I couldn't accept the pain any more."