Posted by Fred Bambridge on May 23, 2018
East London's The Bloom have recently sent us their uplifting and euphoric new track "The River", it comes following a solid year touring throughout Europe on the back of their debut EP. They cite Foo Fighters, The Killers and Biffy Clyro all being influences on their SubmitHub account and you can definitely hear those trio of bands rubbing off them, the urgency of Biffy Clyro, the festival-ready-indie-rock of The Killers and the production and distinctive vocals of Foo Fighters. 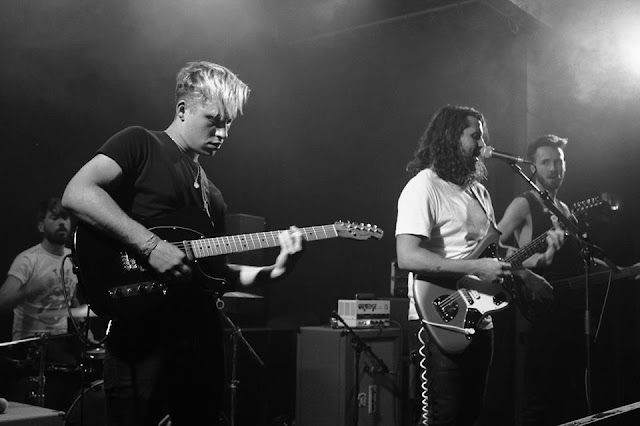 Here lead singer Luke Kordyl puts a lot into the vocal performance and it really pays off as we found ourselves listing to this more than the once while writing the review up. As the band says, "We’ve been playing this one live for a few years now and it’s always felt like a stand out. It’s our favourite song to play and seems to kick the crowd into the next gear every time."

The outfit won Abbey Road’s first Battle of the Bands last year which is a mighty feat and they will release the song they recorded there later in the summer. Speaking about that they said - "We went from recording in people’s garden sheds a year ago to doing a track rather suddenly at Abbey road. It was all pretty crazy and surreal but we are just going to keep making music and releasing songs. We are excited to see where that takes us".