Posted by Chris Graham on May 22, 2018
A band with an inventive, comedic angle, its all about not taking yourselves too seriously with The Town Heroes

Following comedy skits on Facebook that have amassed 10s of thousands of views in recent months, The Town Heroes drop the latest video for new track ‘Poets’ showcases this playful side and also acts as part 2 in a series of warm-up singles, culminating in the upcoming album, ‘Everything (will be fine when we get to where we think we’re going), due to drop in summer this year.

’Poets’ follows ‘Only One’, a track where The Town Heroes share one of the catchier, beat driven tracks from the album - in contrast to their outwardly comedic side on social media, the tracked demonstrates a subtly melancholic and reflective side which underpins much of their output both lyrically.

“This is what I think is the catchiest song on the album. Drum and bass driven and loaded with ear candy on top. The simplicity of the parts bring it to life. Musically, it’s got a danceable, fun vibe while the vocals are kind of sitting on top yearning for something when you focus in. Lyrically it’s about how to face something on your own, when things fall apart” 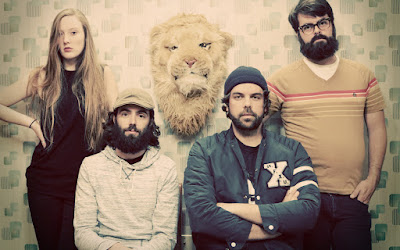 Watch the visuals below