Posted by Chris Graham on June 19, 2018
With their exciting new single ‘Dreams’ out for release, we introduce you to the Alternative Pop Rock duo, Sinplus made up of singer and songwriter brothers, Ivan and Gabriel.

Although you may have not heard of them in the UK quite yet, the independently thinking Swiss band have already won an MTV Award, and an army of fans across Europe over the last few years, releasing hit records and supporting the likes of Roxette, Mando Diao, Jimmy Eat World, Human League and Daughtry, playing their anthemic stadium alternative pop music, softly likened to that of Imagine Dragons, 30 Seconds To Mars and even U2. 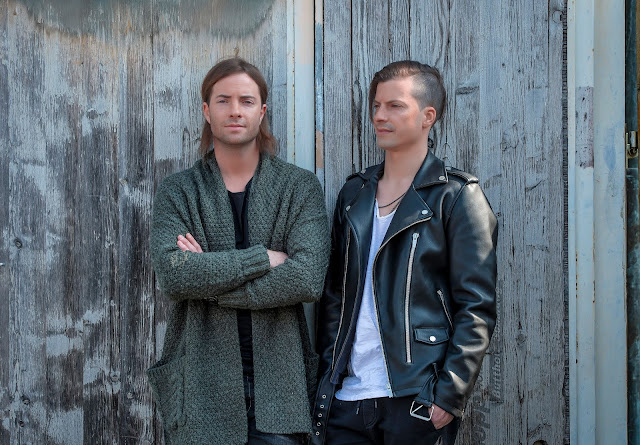 ‘Dreams’ comes as the 5th single release from the boys, presenting another hook-filled anthemic track with strong production. Produced, mixed and Mastered by Thomas Stengaard, Michael Ilbert and Randy Merrill (Katy Perry, Taylor Swift, Adele, Imagine Dragons, Justin Bieber) the single is filled with a strong driving base line, marching drums, powerful lead vocals, topped off with a thick lush sing along chorus with the lyrics ‘Dreams don’t come crashing down’.  The single also comes with a beautifully cinematic video filmed in Iceland.

With their European achievements in hand, Sinplus are more focused than ever to hit the UK and US markets, and having spent a lot of 2017 producing new music with a slightly heavier direction in Berlin, Copenhagen and LA the two brothers are now stronger than ever, all set for the next level... So with this is mind be sure you’ll be hearing from the brothers a lot more in the coming months.