Posted by Chris Graham on October 23, 2018
Bakermat is known as one of the most innovative and talented producers in the dance music scene. Having outdone himself with quite possibly his most ambitious track to date, the aptly titled ‘Partystarter.’

With Bakermat’s previous singles ‘Lion’ and ‘Do Your Thing’ paying homage to the electronica sounds of classic acts like The Basement Jaxx, The Chemical Brothers and Moby, the Amsterdam-based producer goes further down the road of vintage electronic music on ‘Partystarter’.

A blend of rock, surf and big beat, Bakermat’s newest single will remind fans of legendary cuts such as Groove Armada’s ‘I See You Baby’ and Fatboy Slim’s ‘Rockafeller Skank’ - but with a contemporary twist. Built around a raging surf guitar, rhythmic hand claps and a clashing of pianos, bongos and cowbells, the track is a bonafide party starter, and one of Bakermat’s most experimental so far. 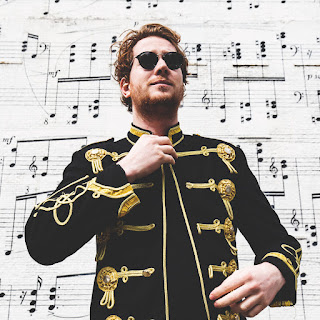 “I’ve never produced a track this fast, loud and heavy before in my life,” added the Dutch star, whose previous track ‘Living’, has amassed over 65 million Spotify streams.

“It came from my burning desire to dive into the studio with real rock artists and create something totally unique, combining elements of rock, metal, hip hop and dance all together. It’s also the first time most of the elements in my song are completely analogue, recorded with imperfections that give it a human touch. For me this track is the ultimate party anthem, something I want to hear when I’m feeling euphoric and want to dance in a crowded room.”

Besides his studio creations, Bakermat often distinguishes himself with his live performances as well. Adding live musicians at his performances and hosting his own concept ‘Bakermat presents The Circus’, the series has touched down in cities like London, New York, Amsterdam, Paris and Rio de Janeiro in recent years, with Bakermat also hosting regular stages at Tomorrowland, Airbeat One Festival and various other big festivals.